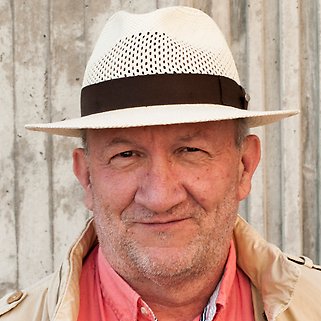 I am professor in sociology and director of research at Reinvent - the Centre for City Dynamics, www.sh.se/reinvent

He received his PhD from the Department of Sociology, Stockholm University, in 1995. Dr Papakostas was affiliated with the Stockholm Center for Organizational Research (Score) at Stockholm University from 1995 to 2006 where he, together with Professor Göran Ahrne, conducted research concerning the organizational aspects of contemporary society, social change and the structuring of everyday life.

From 2005 to 2012 he worked as Research Director at the Centre of Baltic and East European Studies (CBEES) at Södertörn University, where he developed the multidisciplinary research program on the "Social landscapes of the political in Eastern Europe". He also directed (with Professor Sven Hort) the research program "Functioning Neighborhoods in Segregated Cities: A Research Program on Urban Life, Welfare and Democracy around the Baltic Sea" and the research program "The social mechanisms of creating memberless civil society organizations in Poland, Russia and Sweden. He has been a member of the board of the Swedish Sociological Association, the Scandinavian Sociological Association and editor of the Nordic languages peer review journal "Nordiske OrganisasjonsStudier." Apostolis Papakostas is the coordinator of The Swedish Research Council´s research program on civil society.

Since 2017 he is the Director of Research at Reinvent - the Centre for City Dynamics, www.sh.se/reinvent

Apostolis Papakostas is the editor of Södertörn Lectures

Reinventing the suburb in fragmented landscapes