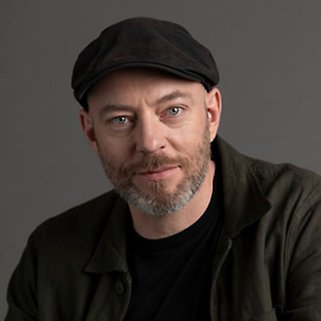 Empirically, my research has mainly been directed towards two areas: Shiite Islamism and Pentecostal Christianity among Romani people. These two areas have in common that they are religious revivalist movements characterised by emotionally charged rituals. My research of these traditions has mainly focused on contemporary issues.

The hitherto most important result of my interest in the Shiite Islamism is the monograph Living Shiism: Instances of ritualisation among Islamists in contemporary Iran (Brill, 2006). In this study a group of Islamist grass-roots activists in Isfahan are presented and discussed with a focus on their ritual everyday life. Based on interviews and field observations, I discuss the informants religious life and analyse it from a ritual theory perspective. Authority, bodily experience and meaning making are themes that are particularly focused. Since the informants were followed for four years, the book also addresses longitudinal changes in their religious and political commitment.

My interest in Iranian Shiism has also resulted in a number of articles focusing on this area. "Doa-ye Komeil" (1997), "Ritual and Identity" (2002), "The triumph of narcissism" (2003), "The ambiguities of Islamism and a entury of Iranian opposition" (2011) and "Emotion and Self-Control: A framework for analysis of Shiite mourning rituals" (2012) are all such articles. I am currently the project manager for the project Negotiating Authority in contemporary Shiite thought and practice in which six scholars from Sweden, Norway and Denmark are included. My part of the project is an ethnographic study of charismatic religious authority in contemporary Iran. So far the project has resulted in a few conference presentations and some articles, such as "The revolutionary guards and the Sea of green: Iranian power-play 30 years after the revolution" (2011) and "The challenges of Khamenei: Shiite alternatives to Velayate faqih" (2014). I have also co-written a small book on Shiite Muslims in Sweden (2014).

My interest in Islam has also led to a number of articles which in a rather deskripive way discuss Muslims, especially Shiites in Europe. "Shia" (1999), "Modern meetings" (2003), "Shiite Islam" (2008), "Ismaili Islam" (2008) and "Daudi Bohri Islam" (2008), are examples of such articles. "The struggle to stay on the middle ground" (2010), also discusses the situation of Muslims in Europe, but with a more analytical approach.

In this context it could be mentioned that I, during a period, also took an interest for the study of inter-religious dialogue. The religious studies scholars attempt to explain other peoples religious practices from the point of view of a given Western paradigm strikes me as rather similar to the attempts to bridge paradigmatic differences that we can find in inter-religious dialogue. My attempt to sort out these issues led to a philosophical excursus that resulted in some conference presentations and the text "Possibility or proselytisation? Reflections on the prospect of bridging worldviews through dialogue in a multicultural Europe "(2008). Together with a group of Arab and European scholars I have also co-written the UNESCO and ISESCO-guide book: On a common path: New approaches to writing history textbooks in Europe and the Arab-Islamic world (UNESCO, Rabat: ISESCO, 2011).

Maybe it was the study of minorities and exclusion that sparked my interest in what was to become my second main empirical area, namely charismatic Christian revivalism amongst Romani people. The leap from Iranian Shiism to Pentecostal Christianity may seem a large one and, of course, it did require a lot of reading to conquer a new empirical field. I do, however, believe that it is positive that as historians of religion have research based knowledge of more than one area. When it comes to Pentecostal Christianity and Islamism there are also several examples where make knowledge in one of these fields may deepen the understanding of the other. For example, these movements share the strongly emotional ritual forms expression, and both of them have a clear political and eschatological focus. Furthermore, my research on Romani Pentecostalism is theoretically and methodologically a continuation of my Shiite studies. In both cases, ethnography, interviews and participant observation have been the primary methods used.

My research on the Roma revival has so far resulted in four articles, a monograph and an edited anthology. The articles – "Pentecostalism and the Roma: cultural compatibility and ethno-genesis" (2009), "The Performance of Identity: Universalist Christianity vs Romani Particularism in a Swedish Romani Community" (2010), "Ritual, emotion and the navigation of the Self "(2010) and "Testimonies of change: on individualists Pentecostalism Among the Kaale" (2011) – discuss the Roma revival in different ways. These articles relate to the analyses presented in the monograph and include discussions of power structures within Romani congregations and functionalist perspectives on the Romani revival at large. The monograph, Faith and revivalism in a Nordic Romani community: Pentecostalism Among the Kaale Roma (IB Tauris, 2011) is based on a longer fieldwork among Finnish so-called Kaale Roma in Sweden and Finland, I discuss the Pentecostal revival of this community, particularly its highly emotional rites, and its the role in the lives of number of informants.

The Roma Pentecostalism is a global phenomenon but despite this there is no scholarly publication that tackles to describe this worldwide movement with a holistic approach. To change this, I took the initiative to organize a symposium in which thirty researchers from different parts of the world gathered to discuss this topic. The result was the anthology Romani Pentecostalism: Gypsies and Charismatic Christianity (2013) and I am the editor along with my British colleague Adrian Marsh.

My last research project is about religiosity and attitudes to religion among secular middle class Swedes without organized religion. In this project I am approaching religion within a group that is significantly closer to my own personal background than the Iranians and Roma I previously written about. A large number of people have been interviewed and based on these data collected in these interviews, a series of articles and one monograph, The postchristian Swedes (2015) have been written.

As far as methodology is concerned, I am an ethnographer of religion. I am interested in religion as it is expressed by ordinary people in their everyday lives. My research has also essentially had a contemporary focus. I have a broad theoretical interest but in my research I mainly occupies a position that stands between sociological and hermeneutical tradition. I have, in what I have written, deliberately sought to combine sociological perspectives aimed at uncovering power structures with perspectives that aim to show how religion is perceived as meaningful to those who practice it. I regard the ability to switch between different theoretical perspectives as something of a religious studies virtue and have in my research endeavored to practice such skills. The study of religious emotion has interested me very much, and several of my publications, including the two main works, deal with this theme.

The relocation of transcendence: Silence and the sacred of the seculars around the Baltic sea