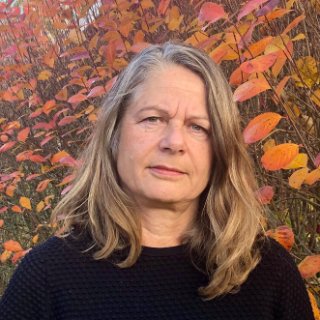 Heike Graf has studied Scandinavian Studies and Philosophy at the Ernst-Moritz-Arndt University of Greifswald (1977-1982). After her studies, she worked at Humboldt University (1985-1997) and received her Ph.D. in 1990. She was awarded a scholarship from Stifterverband der Deutschen Wissenschaft and was a research fellow at Johns Hopkins University, Washington, DC in Spring 1994. In autumn 1995 she was a research fellow at Maryland State University with a scholarship from the German Marshall Fund. Since January 1998, she is a lecturer at Södertörn University (Media- and Communication Studies) and became an associate professor in 2010.

Graf has worked as editor of the journal NORDEUROPAforum (1993-1997), and was a member of the Editorial Board of NORDEUROPAforum (edited by the Nordeuropa Institute at the Humboldt University).

Graf's doctoral thesis on media policy in Northern Europe during the 1980s was defended at the Humboldt University in Berlin in December 1990. Since then, she was a member of different research groups.

1995-1997: Within the project "The cultural construction of communities" funded by the Swedish Riksbankens Jubileumsfond and led by Professor Bo Stråth and Professor Bernd Henningsen, she did a media-historical ethnographic study on the introduction of television in Sweden and Germany.

1998-2001: Graf was a member of the project "People, Media and Metropolises" led by Professor Bernd Henningsen and financed by the Baltic Sea Foundation, and has done research on images of the other in TV documentaries on the cities Berlin and Stockholm.

2002-2005: She was involved in the project "Changing Media Landscapes" led by Professor Göran Bolin and funded by the Baltic Sea Foundation and worked on intercultural mediated communication, and has organized the International Conference "Media, Migration and Society" at Södertörn University, in April 2004.

2007-2010: She led the research project "Diversity Lines: Journalistic production from a multicultural perspective in Stockholm and Berlin," funded by the Baltic Sea Foundation. From a multidisciplinary perspective the project focused on production processes in news media organizations. She has conducted a study on ethnic diversity in German news media.

2010-2012: She leads the interdisciplinary research project "Media, Communication, and the Social Performance of Environmentalism: Comparing Ecological Collective on Two Sides of The Baltic Sea" funded by the Baltic Sea Foundation. Graf does research on the virtual collective of garden blogs, and explores how these communication networks package messages, create collectives, and enculture members into environmentally-conscious roles.

2012-2014: She leads the interdisciplinary research project "How Diversity Management makes a difference. A comparative study of how issues of ethnic and national diversity are handled in mass media organizations in Sweden and Germany " funded by the Baltic Sea Foundation. This project continues exploring diversity issues within news media organizations.

The (dis)connected refugee: The role of communication technologies in trust-building in Sweden and Germany