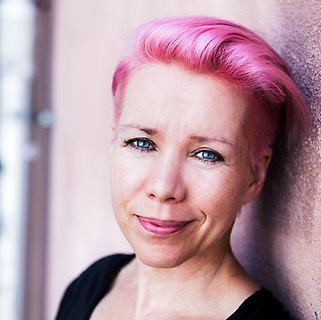 I'm a professor of gender studies. My work is in the intersection of digital media and technology studies, gender and sexuality studies, feminist queer theory and affect theory.

She is currently working on:

1. Digital sexual cultures. Against the backdrop of the current de-platformization of sexual expression on large, U.S.-based social media platforms, the research project “Rethinking sexuality: A geopolitics of digital sexual cultures in Estonia, Sweden and Finland” (The Foundation for Baltic and East European Studies, 2020-2022) explores local digital platforms devoted to communities around nudity and kink across Nordic and Baltic contexts from three perspectives: a) digital platforms as intermediaries shaping and constraining sexual cultures and their public visibility, b) negotiations of sexual norms and hierarchies that are in play on them and c) national self-understanding and discourses of sexuality. Project members: Jenny Sundén, Susanna Paasonen, Katrin Tiidenberg.

2. Digital intimacy and disconnection. What does intimacy mean in a time of intense networked connectivity? What happens to our understanding of privacy and publicness when intimacy is increasingly mediated through devices and networks that are public, corporate and volatile? This project develops queer and feminist theory by mobilizing a media specific vocabulary of digital breaks, glitches, leaks and disconnections to critically approach norms that regulate bodies and relations. The break here becomes a critical device which lays bare underlying normative systems, as well as providing alternative modes of safe, public exposure and networked vulnerabilities.

3. Feminist tactics in social media. Online sexism, hate and harassment aim to silence women and other others through shaming and fear. In the book Who’s laughing now? Feminist tactics in social media (MIT Press, 2020, with Susanna Paasonen), we explore how feminist social media tactics that use humor, laughter and a sense of the absurd to answer name-calling, offensive language and unsolicited dick pics can rewire the affective circuits of sexual shame and acts of shaming. We examine how the contagiousness of laughter drives the emergence of networked forms of feminism by bringing people together (although it may also create rifts), arguing for the political necessity of inappropriate laughter.

Rethinking sexuality: A geopolitics of digital sexual cultures in Estonia, Sweden and Finland