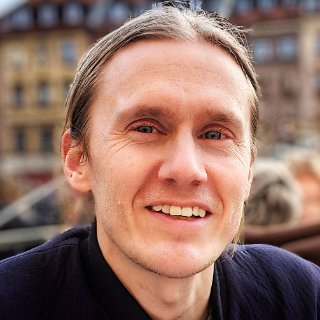 I have a cross-disciplinary approach, with a strong interest in the ways in which everyday life, individual human beings, organisations, and structures are interrelated with the contemporary, ever more strongly consolidated media ecology. Which actors and phenomena benefit and are disadvantaged? How do structural changes in turn affect society?

My main field of research used to be unregulated file sharing on the internet, but as of more lately I have shifted focus towards the newer developments such as platforms, apps, and mobile hardware.

I take an interest in the principal mechanisms behind different sorts of digital mediation. File sharing, for example, builds on the fact that the internet was, from the very beginning, based on copying, while today's developments regarding so-called Web3 development (hash functions and blockchains) are basically attempts to establish the opposite: uniqueness. Mobile hardware has in many ways made it more difficult for users to tinker with and customise their own digital sphere of action, compared to the ubiquitous versatility of the home computer. Digital platforms are the result of a set of policies of weak internet regulation, and have over time come to give large corporations an almost monopoly-like position. The Internet is nowadays, in various ways, centralised.

It is against the background of such technically, legally, historically and economically oriented understandings of digital media that I try to find out what the humanly meaningful aspects of all this are. Ultimately, this begets a classic media & communications studies approach: Trying to understand the meaning of different media, both for individuals and entire societies.

My research interests therefore concern the ways in which increasing digitalisation and mediation interact with everyday life and societal structures. I take an interest in critically studying platforms as structural and mediating institutions, not least in relation to civil society and civic interests, epistemology (the conditions for how knowledge is established), and the data-driven media economy. I am also interested in how the material and the semiotic interact – especially in relation to theories of agency, relationality, decolonisation, and climate collapse.

Here is an interview

External link, opens in new window. about my more policy-related research on digital platforms as a societal phenomenon.

I am currently affiliated to an ongoing research project, led by Stefan Dahlberg

External link, opens in new window. (LES), funded by the Swedish Research Council, where my role is to map the supply side for text data (editorial and user generated) on the Web, in a global context. There is now a complete research report, in which I summarize a number of challenges: The hitchhiker's guide to web-mediated text – Method handbook for quantification of online linguistic data in a country-specific context. It's published through the University of Gothenburg, as LES is originally their project and, also, some data from the Quality of Government (QOG) institute has been used in the report. The PDF itself can be found here

In machine learning and quantitative social research, large amounts of text as raw data are sometimes required. The report deals with the supply side of such textual data retrieved from the Web, and whether it can be considered representative of larger populations. Such text data is usually either editorially created (news pages on the Web, for example) or user-created (blogs, forums, social media). I make a brief overview of the global market in terms of providers of such text data.

The report examines the conditions for web-mediated text as a source of research. I explore the conditions for representativeness and validity, and give a snapshot of the current state of the supply side (disregarding, however, text corpora offered by universities and national libraries). It's a complex landscape but still rather easily understandable once you get into it.

One of the many things I show is that while editorially created text is relatively unproblematic to obtain, the supply of user-created text data is now irreparably skewed due to platformisation. Nowadays, there are very few places to find user-created text in large quantities, as large digital media platforms are more or less completely shut out from open access. While the situation is different in different countries, generally, the only large platforms from which one can retrieve user-generated text “in bulk” are Reddit and Twitter. Facebook (Instagram, WhatsApp), Microsoft (LinkedIn) and also Snapchat and TikTok are in practice completely closed in terms of such access. Conventional forums on the open Web have in many countries become quite irrelevant as a phenomenon, as dissapearingly few people use such forums these days.

In other words, good access to user-created text data for academic research purposes is rather poor, even among the commercial providers that I go through. Therefore, it is mainly editorial text data that one would be guaranteed to have access to, which is why we also examine, in the latter half of the report, the popularity of major text-based news sites are in various countries of choice (20 countries), using SimilarWeb traffic data as a proxy for popularity.

The report therefore also serves as a, hopefully, quite useful snapshot of the supply side of text-based news media in several countries, across the globe (including, f.ex., Hungary, Hong Kong, and Russia).

Together with some researchers within the Competitive Intelligence companies Retriever and M-Brain, I carried out a research project in 2015, exploring the conditions for user-driven communication in social media. We examined the specific factors that play a role in the sharing of political tweets, as well as the type of material from social media that was seized upon by traditional news media – and, not least, the image of social media in the mass media that was created.

That project was part-financed by the Bank of Sweden's Jubilee Fund and the Swedish Internet Fund, and was also part of my larger, three-year Postdoc which was a so-called Flexit position at the large advertising agency Forsman & Bodenfors.

As part of the same Flexit employment, I carried out an interview-based project on the public service mission in a time of increasingly personalized broadcasting and market-ideological pressures to adapt to platform logics and network logics.

In addition to this, I have recently worked with statistical analysis of media content, as well as working on developing methodologies regarding social media data.

External link, opens in new window., as I use that platform to keep up-to-date.