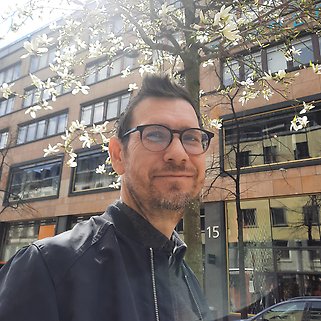 My latest finished project, financed for three years by Ridderstads stiftelse för historisk grafisk forskning, deals with the representations of women in early illustrated advertisements, 1870-1914. The project analyses the relation between fashion, technical innovation, science and conceived societal order during a period which has been under-researched for the part of Sweden, but which nevertheless is vital for our historical understanding om the modern consumer society.

2017-2020, I am leading the project, financed by the Swedish Council of Science, "Distrust, joy, curiosity. Attitudes towards travelling entertainment in the Baltic region, 1780-1880". The project studies itinerant entertainment from the perspectives of the history of consumption, and the history of emotions. Co-researcher is Kristiina Savin from Lund University

2019-2022, I am leading a project on hospitaly towards migrants in the Baltic sea area during a very long time perspective, "Baltic Hospitality: Receiving Strangers/Providing Security on the Northen European Littoral, ca 1000-1900". My part of the project is a regional conceptual study. Co-researchers are Sari Nauman, Wojtek Jezierski and Christina Reimann from Gothenburg University.

My research, which previously has dealt mostly with the early-modern period, connects two fields: on the one hand economic history, focusing on consumption and the use of resources, mainly within the rural economy, and on the other hand cultural history, focusing on mentalities and conceptions. My emphasis has been on conceptions on man and society within different Swedish elites.

I defended my PhD in 2001 on a thesis in Swedish (Hushållningens dygder. Affektlära, hushållningslära och ekonomiskt tänkande under svensk stormaktstid (Stockholm Studies in Economic History), at the Department of economic history, Stockholm University. Between 2005 and 2012, I worked at the Department of History at the same university. I became an historian of ideas and an employee at Södertörn in august 2012.

In my thesis, I study the relation between ethical, psychological and economic thought in 17th-century Sweden: in other words the relation between conceptions of man and economic doctrine. Later on, I wrote a similar study on the 18th century, focusing the so called utilist approach within Swedish political and economic thought in relation to current psychological conceptions (in the Swedish Monograph Dygden som välståndets grund. Dygd, nytta och egennytta i frihetstidens ekonomiska tänkande, Stockholm 2005)

In the anthology Svensk mosskultur. Odling, torvanvändning och landskapets förändring, 1750–2000 (2008, 2:a uppl. 2010: "Swedish Moorculture. Cultivation, peat exploitation and the remaking of landscape, 1750–2000"), which I both edited and participated in with 5 essays, a forgotten theme in Swedish agricultural history is treated: bog cultivation or moorculture, from the 18th century onwards, and its implications on landscape in peat-rich Sweden.

In 2011, I published a monograph on Swedish place descriptions 1800–1860, a specific ethnographic genre describing Swedish rural local communities. I argue that the genre was a platform for local elites to put forward their arguments for upholding the Swedish estate society with its privileges. Thus, the book is also a study on Swedish gentry culture and its conceptions of itself, its rural neighbours the peasantry, and local communities and landscapes (En idyll försvarad. Ortsbeskrivningar, herrgårdskultur och den gamla samhällsordningen, 1800–1860, Lund: Sekel förlag, 2011).

In the book entitled "To hasten towards doom" (Att hasta mot undergången. Anspråk, flyktighet, förställning i debatten om konsumtion i Sverige, 1730–1830 (Nordic Academic Press, 2015; English version expected 2020), I study the conceptions and debates on consumption in Sweden in light of the so called consumer revolution and the development of a global colonial trade system.

2013-2016 I was one of five researchers in the project SESO - Seeing and enacting Social Order. Cultures of Difference in Early Modern Sweden, financed by Riksbankens jubileumsfond and Uppsala University. Yet again I studied conceptions of consumption, this time focusing on the uses of color. I wrote three articles, one on cosmetics, one on the concept of multicolor, and one on the use of blue, during 1700 and 1830.