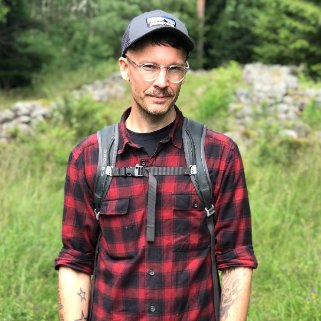 My academic interest area is at the intersection of literature and queer theory. I teach in comparative literature and supervise essays within the police- and teacher programmes.

My PhD-project concerns the authorship of German-language author Hermann Hesse (1877–1962). The majority of Hesse’s novels revolve around friendships between men, relationships that are characterized by identification and desire. By doing queer readings of “Peter Camenzind” (1904) and “Der Steppenwolf” (1927), focusing on the concept of male friendship, the study aims to highlight expressions of queerness, otherness, heterosexual ambivalence and male homosocial desire within Hesse’s authorship.

Previously I’ve had a career as a contemporary dancer and choreographer. I’ve also worked within theatre as a prompter and assistant director.

In 2014 I was awarded second place in Umeå novellpris, Sweden's biggest competition for short stories, and in the spring of 2017, I debuted as a novelist.