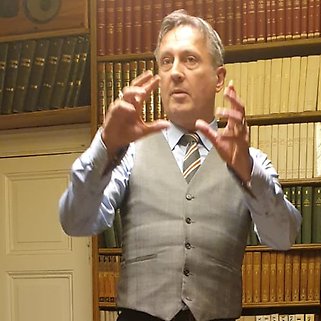 I defended my dissertation in political science at Stockholm university (Stockholm studies in politics 64) on political epistemology, democratic theory, and the Swedish debate on EU membership 1990-94 in 1999. Two additional studies (Strandbrink 1997; 2003) contribute to making me the main Swedish scholar by a distance on the politics preceding the Swedish referendum on EU membership in 1994. I've been lecturing, researching, and holding various positions of leadership at Södertörn university since 2000. Besides Stockholm and Södertörn universities, I've taught at the School of Social Work [Socialhögskolan] and the University College of the Arts [Konstfack] in Stockholm and been a guest lecturer at universities in Stellenbosch, Warsaw, Florence, and Seoul. Apart from teaching on all levels and in most sectors of political science, I have been heavily engaged in developing gender studies, European studies, and educational studies and teacher training programmes at the university.

I've been head of Södertörns departments of political science, international relations, and journalism and director of the European studies programme. I served as dean of the faculty board for educational studies and teachers' training for five years - responsible for laying the groundwork for what is today a vibrant PhD and research environment at Södertörn as well as a large sector of first-cycle teacher training programmes. I've been on the board of two national post-graduate schools in educational studies; co-founded two international university consortia (one European and one European-South Korean); and served on the board of the university's social scientific PhD programme. I'm currently director of the master's programme in political science. I regularly contribute with scholarly expertise in national Swedish media and radio.