An honorary doctorate is an honorary degree that is awarded to people who have made significant contributions to a field, but who have not had a doctoral degree conferred by the awarding university. The recipients are decided by the Faculty Board, after being nominated by employees at the university. 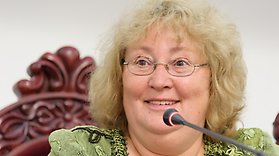 Originally from Bulgaria, Elena Marushiakova is a professor at the University of St. Andrews, and principal investigator for the RomaInterbellum project (funded by the European Research Council). She is a leading scholar in Romani Studies, as well as one of the people who have fought for its inclusion as an academic field. After obtaining her doctorate from Comenius University, Bratislava, with the pioneering thesis Contemporary Ethnocultural Processes among Several Gypsy Groups in Slovakia, she has worked as a professor at several European universities, including the Humboldt University of Berlin and the University of Leipzig. 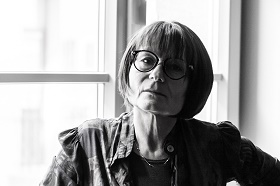 Diana M. Mishkova is a professor of history and director of the Centre for Advanced Study in Sofia, Bulgaria. Her historical research has a clear focus on Eastern Europe and the Balkans during the 19th and 20th centuries, specialising in the emergence of nationalism, liberalism and modernisation. Her research has also made great contributions to general insights about the formation of nations and regions, history as a scholarly subject and conceptual history.

Södertörn University’s profile, which combines research in the Baltic Sea region and Eastern Europe with a multicultural perspective, corresponds well to Diana M. Mishkova’s research. The university has therefore collaborated with Diana M. Mishkova for more than ten years, with numerous researchers from Södertörn University either participating in conferences or working as visiting researchers at the Centre for Advanced Study in Sofia. 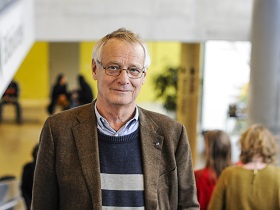 Sten Heckscher has a solid and extensive background as a lawyer and official in Swedish public administration, including positions as state secretary in the Ministry of Justice, as Minister for Enterprise, Director-General of the Swedish Patent and Registration Office, National Police Commissioner, President of the Administrative Court of Appeal and Chair of the Supreme Administrative Court. Alongside these positions, he has been regularly commissioned as an investigator for state review bodies.

Heckscher has been involved with and worked for the university’s development in many ways. As the founder of the Academy of Public Administration and chair of its steering group, Heckscher has made substantial contributions to building up and developing what has rapidly become a strong organisation, one that provides contract education, research and third stream activities. He was an advisor and worked with the university on its application to have Police Education located at Södertörn University. Heckscher has also provided advice on legal issues and participated in contract education and undergraduate education at the university.

In 2017, Södertörn University decided to move the annual Commencement Ceremony from November to February, so no honorary doctorate was awarded for 2017. 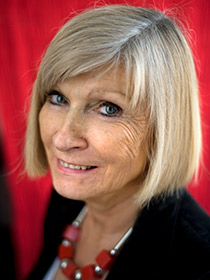 Chantal Mouffe is professor of political theory at the University of Westminster. She has also worked at prestigious universities such as Harvard, Cornell and Princeton. Her work is used in gender studies, ethnology, political science and philosophy, and is closely linked to our Södertörn University’s focus on multidisciplinarity. Over the decades, Mouffe’s work has contributed to renewing ideas about democracy, political processes and societal change, and her work on the role of emotions in politics helps us to better understand the political landscape. Chantal Mouffe’s work is a source of inspiration for many students and researchers at Södertörn University. She also held seminars at Södertörn University in 2011. Her foremost works include The Democratic Paradox (2000), On the Political (2005), Agonistics (2013) and Hegemony and Socialist Strategy (1985) which she co-authored with Professor Ernesto Laclaus. 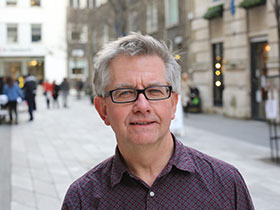 Nick Couldry is a professor at the London School of Economics and Political Science and is a world-leading researcher in media and culture. His theories on the media as practice, media rituals, and the media’s power to define our political and social reality have been of great importance in international media research. Couldry is also involved in issues relating to the media and ethics, as well as being active in the International Panel on Social Progress, which aims to create a foundation on which world leaders can shape politics based upon global justice and ethical sustainability. He has numerous links with Södertörn University, including work as a visiting researcher at the Centre for Baltic and East European Studies (CBEES). He is also one of the founders of a European network for doctoral education, along with teachers from Media and Communication Studies at Södertörn University. He has also participated in the international steering committee for a research programme, “Time, memory, representation” (Swedish Foundation for Humanities and Social Sciences) which was organised by Södertörn University in the years 2010-2015. 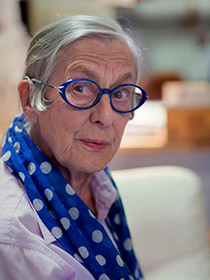 Rosa Taikon was a figurehead in the struggle for Roma civil rights and a role model who advocated higher education among the Roma. She also had a successful career as a silversmith. Taikon was educated at Birkagården folk high school and at the University of Arts, Craft and Design. Awarding her an honorary doctorate demonstrated a clear stance on the always-current debate about the situation and rights of the Roma and other minorities. Her importance has a direct relationship with the university’s core values of civic education, multidisciplinarity and diversity. Taikon was also awarded the 2013 Olof Palme Prize for her lifelong work for human rights.

Piotr Sztompka is the recipient of Södertörn University’s first honorary doctorate. He is professor of theoretical sociology at the Jagiellonian University of Krakow in Poland. Sztompka is world-renowned in sociology and social studies, and has written many books that have become classics in their fields. Sztompka first visited Södertörn University in 2006, when he was keynote speaker at the Swedish Sociological Association’s annual conference, which was held at the university. He was also invited to be a visiting researcher at CBEES in 2007. Since then he has been an organic part of the university, holding numerous lectures and popular doctoral courses. Several of the books Sztompka has written have been translated to multiple languages, including his most important works, The Sociology of Social Change and Trust: A Sociological Theory. He has been chair of the International Sociological Association, and received a number of prestigious international prizes.