The Swedish Government's recommendation is that all higher education institutions move to distance education from 18 March. Södertörn University has followed this recommendation and there is no teaching on university premises. Students are asked to stay updated about their course or programme via SH-StudyWeb. Staff and students can access the university premises with their keycards and both Infocenter and the library are open.

Photo exhibition on Syria during the war, by Kovan Direj

During 18/11-18/12 the photo exhibition Story of stories by Kovan Direj, photographer and student at Södertörn University is on display in the library. 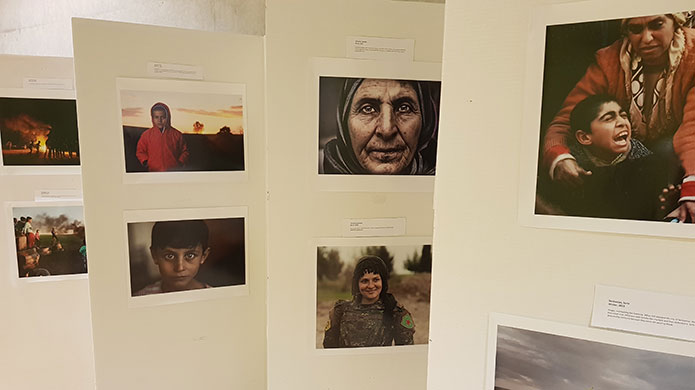 The pictures in this exhibition are taken in Syria between the years of 2013–2019. It captures the many faces of war showing us the joy of children playing, soldiers and the despair of grieving families.

The photographer Kovan Direj was born in Syria. When war broke out, he decided to use his camera to show the world what was happening. Due to the photographies being widely spread, he received death threats from the IS and was forced to flee the country. He now studies journalism at Södertörn University.

The exhibition will be on display until 18 December on floor 5 in the library.