This evening the UK parliament will vote on the controversial Brexit deal that Theresa May has negotiated with the EU. A great deal indicates that May will lose the vote, so what would this mean for Brexit and May’s future as the country’s prime minister? Political scientist Nicholas Aylott has the answers. 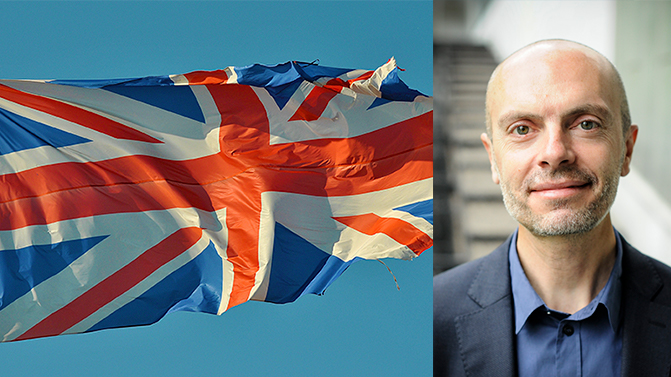 Why is the deal presented by Theresa May so controversial?

This is partly because of party politics. It is obviously in the interest of the opposition to oppose the government, with the aim of taking power. However, there are also deep divisions within the governing party. Some members of parliament think that the agreement is too great a break with the EU, while others think it is too soft. The problem of the Irish border is also an extremely difficult compromise. Currently, the border is completely open, which is an important element in the peace progress of the province. This open border is easy to maintain when the United Kingdom (UK) is part of the EU, but will be problematic when it leaves the economic union. The solution proposed by May entails that if, after a transitional period, no better agreement is in place, the UK will remain in a customs union with the EU to keep the border open and may not leave this arrangement without the EU’s permission. The element of constraint is extremely controversial.

What do “soft” and “hard” Brexit mean?

A soft Brexit means that the UK will stay in the structure of the EU for a while and, during a transition period, probably remain in the customs union. An even softer option is that the UK remains in the customs union and, like Norway, in the internal market. In a hard Brexit, the UK leaves both the internal market and EU without an agreement in place. The UK’s relationship with the EU will then be that of any other country outside the union. May’s proposal is on the softer side.

Could Brexit be stopped if May’s deal doesn’t pass?

It is possible, but it isn’t the most likely result, even if the chance of this has never been greater. What may also happen is that Brexit is delayed and there is a new referendum during that extension, with the choice probably being between May’s deal or no Brexit at all.

Can the UK leave the EU without a deal?

In principle yes, and that would have serious consequences for the economy. Commentators have painted horrific pictures of shortages of food and medicine and extreme price inflation, but no one knows what would happen because no one has experienced this process before. But I think it is extremely unlikely. I find it hard to believe that May would take that risk.

What about Theresa May’s future as prime minister if she loses?

That depends on by how much she loses. It could be tough for her if she suffers a heavy defeat, but it is likely that it won’t be devastating. Then the ball will be in the government's court and it will have to try to gain a majority by amending the deal. Parliament has decided that, in this case, the government must return with a new proposal within three days.

What do you think will happen?

My view is that a really hard Brexit is very unlikely. I also think that a delayed Brexit with a new referendum is very dangerous road for the UK to take. The parties promised to respect the decision of the people, and if this process, which has dominated the news and discussions since 2016, does not lead anywhere, some people in the UK would feel robbed of their victory. This might have serious consequences for political stability in the UK. My guess is that, in the end, it will be a version of May’s deal that is approved by parliament. These modifications may be minimal or extensive, but it will be a compromise between a hard Brexit and no Brexit at all that will need to be accepted.