Women at the top of academia – meet Södertörn’s newest professors

Södertörn University has gained eight new professors in the past six months. Six of them are women. We met some of them to talk about the role of research, teenage dreams and gardening. 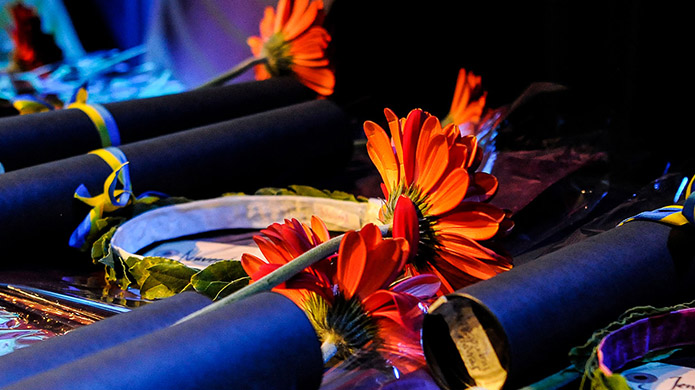 Some professions require a special type of determination and a good dose of curiosity. One of these is research – the continual striving to find out why people, nature and societies behave as they do: why does the education system work as it does, why does the climate in a particular way? The questions never end. 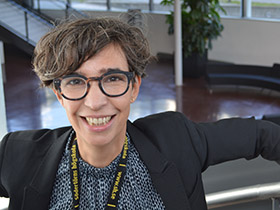 Adrienne Sörbom’s interest in research began as a teenager. She decided at the age of seventeen that “I’m going to write a doctoral thesis in Sociology”. She had even decided on her subject: why do teachers and pupils hate each other so d**n much? Her attitude to the teacher/pupil relationship relaxed over the years, but not her desire for a career in research.

– When the time came, I realised that it wasn’t such a great subject for a thesis. Instead I wrote about changing values. There’s always so much talk about how the young are so different, how they have other values and can change the future. I looked at three generations of people, how they regarded duty and society. One important thing I saw was that if the oldest people had not changed, then nor had the younger ones,” she says.

Adrienne Sörbom became professor of sociology on 28 February and, for her, research is the most enjoyable occupation imaginable. This is because researchers can study what interests them, and it is important to remember this – even when the world is pulling in the opposite direction. Let curiosity be what drives you. She has an important piece of advice for researchers at the start of their careers:

– Research is absolutely vital. Take it seriously and focus on what you think is important. Then there’s great potential to do good things, both for research and for society,” she says. 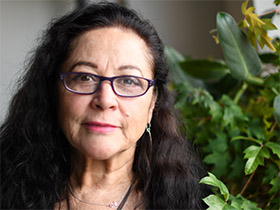 Gloria L Gallardo Fernández started working at Södertörn University in 2017. This winter she became professor of environmental science, specialising in development and global studies. Her research journey started in Chile with the subject of sociology. One theme in her research has been a global perspective, with a strong focus on the mutual relationship between the economically rich north and the poor south. The assumption that it is possible to dissociate what happens “here” from what happens “there” is something she would like to see disappear, both theoretically and empirically.

– One strong focus I have had in my research is how people own and manage natural resources, how they are used by different societal actors. And the sustainability issues that are linked to this. On the whole, it deals with access to, and the use and governance of, natural resources. Particularly land and water.

It hasn’t always been easy to put Gloria Gallardo’s research into a single basket. It combines history, economics, geography and sociology, but she doesn’t see this as a problem. Quite the opposite, she is striving for more transborder interdisciplinary research, as well as the involvement of the people whose lives are being studied. 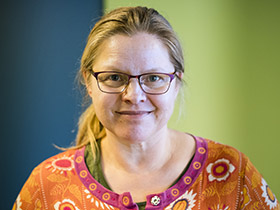 Lena Roos is also interested, sort of, in natural resources, but from an entirely different perspective and on a smaller scale – that of religion. She returned to Södertörn University last September, after previously working here and helping initiate research and education in the Study of Religions. Lena Roos was also honoured at the Commencement Ceremony in February.

– The fascinating thing about religions is that they encompass all of existence. From ideas about power beyond the observable, to the most everyday things such as what we eat, how we dress, what we do in the morning and before we sleep at night, she says.

But what does the study of religions have to do with natural resources? This somewhat tenuous connection comes from a personal interest and recent developments in the subject.

– The Study of Religions is now more interested in people’s religious practices, in lived religion, how religion shapes daily life. I’ve previously written about religion and food, religion and sexuality. And now gardening. Besides, I’m also a fanatical allotment gardener, so it combines two major interests, she says.

Gaining experience along the way

This group of new professors also includes Stina Bengtsson, who is now professor of media and communication studies. A couple of lessons that she wants to share with doctoral students are:

“Retaining your autonomy is the most important apect for being able to remain, and thrive, in academia. Academic work is driven by curiosity and desire, and can only be good as long as it’s enjoyable".

“Academic work is increasingly controlled, which is good in some ways. However, the foundation of what we do deals with developing and trusting your own judgement, and if work in academia is to continue to be meaningful we must protect the role of our own judgement in our work. And protect academic freedom.”

Katarina Wadstein Macleod, professor of art history, believes that her most important duty as a professor, apart from her own research, is leading other people’s research by building networks, research environments and working to create doctoral studentships and postdoc positions. She also mentions taking responsibility for the discipline’s visibility in various third stream activities, as well as working to link education and research.

Katarina Elofsson, professor of economics, succinctly summarises the duties of a researcher in one sentence: Searching for knowledge, explaining it and discussing it.