Art as a tool for life-building – functionalism in Russia, Germany and Sweden

The architects of functionalism wanted to improve people’s lives, but how their ideas were realised differs across Europe. 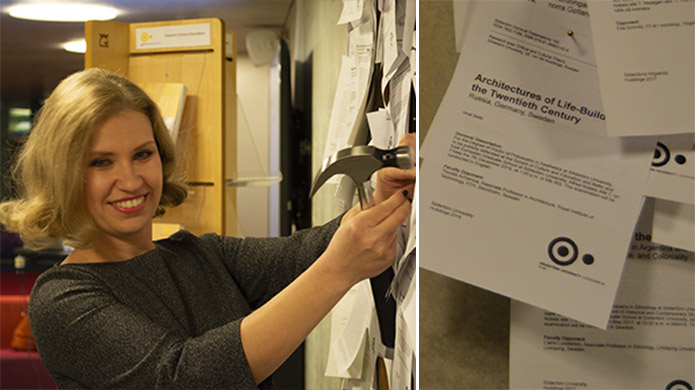 Art is life. This was the spirit in which began what was then the biggest social building project in modern time. Throughout Europe in 1920 and 30s, the building of homes was characterised by rationality and a faith in the future. Now was when people’s lives would improve. Improved through new housing. Improved things for improved everyday life.

In her thesis, Architectures of life-building in the twentieth century, Irina Seits demonstrates how these theories were realised in the functionalist housing construction of the 1920s and 30s, how the concept of life-building characterised design and how three forms of functionalism shaped the view of how people live their lives. As well as how Ikea became heir to Swedish functionalism.

“Ikea, and Ingvar Kamprad, deliberately captured these modernist ideas. Their slogan ‘To create a better everyday life for the many people’ comes from there. But they didn’t start selling a lifestyle the way they do now until the 1970s,” says Irina Seits.

Wanted to build more than homes

As an architectural style, functionalism grew from modernism and represented, as the name suggests, function. It was building society rather than building homes, but her study primarily focuses on the three forms of functionalism she’s defined: the Russian, German and Swedish functionalism. She chose these three countries because of how the ideas assumed a physical form.

“The theories are the same, but the results differ. In Russia they took a more radical form, in Germany a practical one, and in Sweden it was more social. But with these types of ideas, where you change the landscape of daily life, you have to work together on all levels,” she says.

In the Soviet Union, Functionalism became a tool for control. People were kept close to factories and workplaces through their housing, as there was no opportunity for private ownership. In German functionalism, the architects had to be more practical, as World War One had caused enormous destruction. Proximity to nature was important, even for people who lived in big cities. This resulted in what were called garden cities, for example.

Life is also lived outside the home

Functionalism started later in Sweden, but was also longer lasting, as development also continued during World War Two. In 1930, with the Stockholm Exhibition, the Swedish folkhemmet (“the people’s home”) began to take shape.

“Much of what we now take for granted should exist in our housing developments has a foundation in these ideas. Schools, libraries, kindergartens. Living space is not limited to the home,” says Irina Seits.

She also writes that functionalism requires a strong state and close cooperation between architects and politicians. Reforming society requires that theories achieve the status of a state ideology, which is largely what occurred during this period.

“We have everything to learn from functionalism. Social building remains current, but it is not happening to the same extent as it was then. And housing is not simply about putting a roof over your head,” says Irina Seits.

It is clear that modernism and functionalism have contributed to the housing construction that took place in the 20th century and the increased standard of living. They contributed to weaving human values into working methods and made art an instrument for life-building.