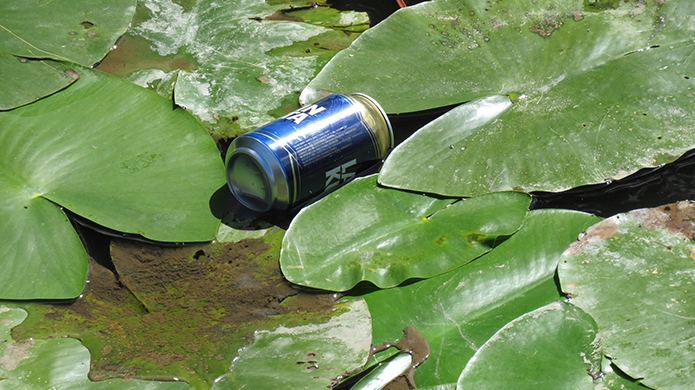 More than a few 15-year-olds will have sneakily opened a can of beer in a sunny park, but fewer seem to be falling for this temptation. Young people’s interest in alcohol has declined rapidly during the 21st century, both in Sweden and abroad. There have been many explanations for this downward trend and, as is so often the case, more than one of them holds true.

One clear pattern seen among Stockholm’s 15-year-olds is that the school environment is a common factor in young people’s alcohol consumption, as demonstrated by research from Södertörn University. A recently published article

reveals that alcohol consumption in this group declined by almost 45 per cent between 2010 and 2016.

“What we primarily see is that parents’ increasingly restrictive approach to alcohol is having an effect. Parents in Sweden are also more restrictive than parents in other countries but, in schools with a larger proportion of immigrants, we cannot see that this would explain the reduction. Wherever they were born, pupils are now more restrictive in their alcohol consumption,” says Per Carlsson, professor of social work.

Socioeconomic explanations, the parents’ ethnicity or level of education, or, quite simply, society as a whole. Commonly occurring explanations for this downward trend do not on their own adequately explain why young people are now drinking less. Instead, specific norms, attitudes and behaviours are influencing young people’s drinking habits.

“For example, there are no clear links between class and consumption. However, there are clearer links with the consequences of alcohol consumption from the perspective of class, which is something we will study more closely in future projects,” says Per Carlson.

The most important factor in a 15-year-old’s attitude to alcohol is what family, friends and classmates think. If the young people have parents who offer them alcohol, they are more likely to consume beer, cider, wine or spirits than if their parents make sure their children stay out of the drinks cabinet. Even when the efforts made by schools to reduce drinking are removed from the equation, it is possible to see the importance of the influence of friends and family, and how vital the school environment appears to be.

“Now and then discussions arise about young people taking drugs instead of drinking alcohol. Sure, there is a trend towards a small increase,” says Per Carlson. “But that increase is not at all on a par with the reduction in alcohol consumption. Also, drugs are links to alcohol in a different way. People who drink more take more drugs.”

The study provides support for preventive work in schools, in which parental involvement can have a positive effect, which corresponds well to what other academic studies have shown outside of Sweden.

You can read the article in its entirety via Sage journals: Declining alcohol consumption among adolescents and schools in Stockholm, 2010–2016