Shipping, wind turbines and fishing are competing for access to the sea. Like cities, planning is required for the world’s oceans if they are to survive in the future, but new research shows that power relationships risk becoming imbalanced. 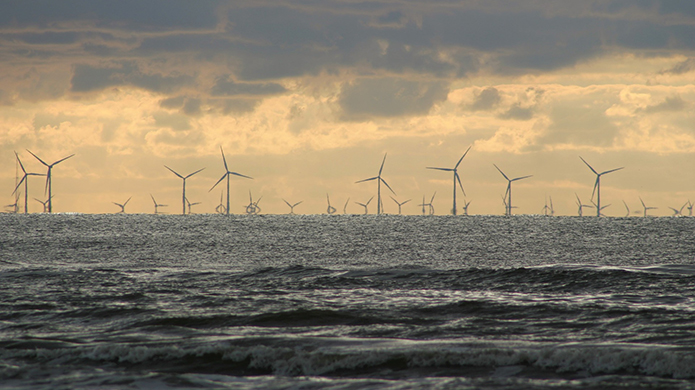 “There would be chaos without marine spatial planning, everyone would do what they wanted – and the oceans are vulnerable enough as they are. The Baltic Sea is in a bad way”. Ralph Tafon doesn’t mince his words when he talks about the importance of countries, businesses and people managing marine spaces and resources. Despite the huge distances and far-off horizons, these resources are not infinite. The key words in what he says are marine spatial planning – if it works and is not abused.

Ralph Tafon is a doctoral student in Environmental Science and is about to publish his thesis, The Dark Side of Marine Spatial Planning. His study primarily highlights the power relationships that arise in marine spatial planning. The interests of small local actors, such as fishermen and residents in coastal areas, are up against powerful actors such as shipping and power companies and the military.

“Marine spatial planning is a comprehensive system with a risk of imbalance in the power relationships. This can happen when a planning official doesn’t listen to the demands and worries of smaller stakeholders. It also happens when larger ones take up too much space in order to protect their own interests,” he says. 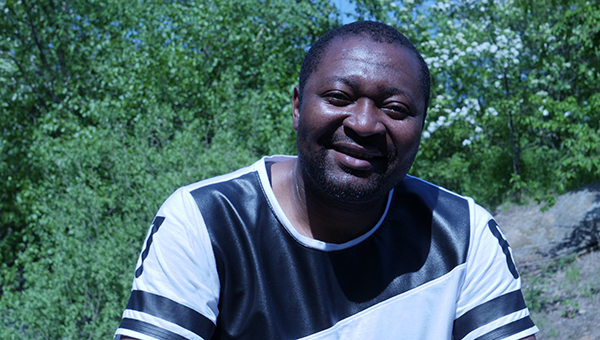 Marine spatial planning is a relatively new phenomenon in both research and politics. The EU began to discuss the issue in around 2007. In short, it means that countries and regions must have a clear plan for how various stakeholders will share a specific marine area. All member states must have such a plan in place by 2021. In Sweden, the Swedish Agency for Marine and Water Management has produced a proposal that is currently under review. A finished proposal will be presented to the government at the end of the year.

“Power has negative sides,” says Ralph Tafon. “But there are positive aspects to the power relationships that arise when parties meet around the negotiating table.” Estonia is one of the two countries he has studied and can be used as a warning example of what can happen.

“From my perspective, the entire system is built to benefit the large stakeholders. The smaller ones have had no say in the matter. But in Estonia it was the small, local actors that toppled the plan by taking the legal process all the way to Estonia’s highest court. They were clever enough to push the issue using laws and guidelines that are important to the EU, and the court found that Estonia had not followed them,” he says.

The warning lies in this being a conflict that did not need to be taken so far. According to Ralph Tafon, if the planners had invited all the stakeholders to discussions at the start of the process, they could probably have dealt with some of the problems at an early stage.

“You have to deal with their different interests and problems at the early stages of the process. Otherwise they’ll come back to haunt you later,” he says.

Work on marine spatial planning has recently begun in Poland, a process that currently appears to lack the local stakeholders’ knowledge and experience, just like in Estonia. The fishermen along the coast have no confidence in public authorities and politicians; they do not believe anyone will listen to them, because this is what has happened in the past.

“I understand their attitude towards marine spatial planning and the other stakeholders, so I warned the planners: these people are sceptical, they probably won’t come to the initial meetings, but they have valuable knowledge that you can benefit from. It is a good idea to make your work easier from the start, so invite them in, listen to them and their knowledge,” says Ralph Tafon.

As he sees it, the problem is that the system for marine spatial planning prioritises knowledge based upon scientific research and ignores local knowledge. For example, what happens if the plan is approved and fishermen continue to work the same way they always have?

“Marine spatial planning contributes organisation and coordination. This is a positive thing. Marine spatial planning is a medium through which stakeholders with different interests can meet and reach agreement Without, this won’t happen. If individual stakeholders act on their own initiative, chaos ensues, and that is bad for the environment and will have consequences for everyone. Planning officials must be aware of this,” he says.