Södertörn University announces the recipient of its Honorary Doctorate for 2020

Professor Elena Marushiakova from the University of St. Andrews, principal investigator for the RomaInterbellum project (funded by the European Research Council), will receive her honorary doctorate at the Commencement Ceremony on 7 February 2020. 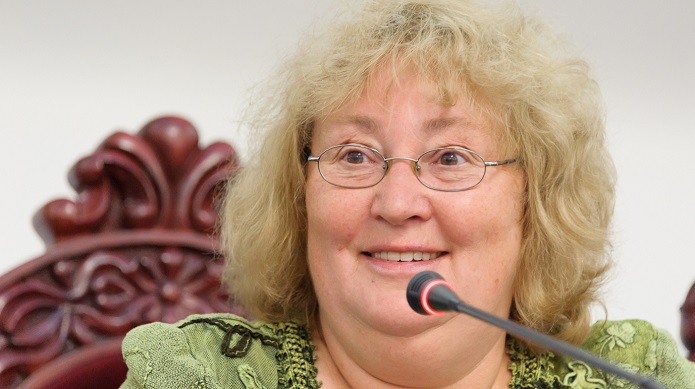 “It’s an incredible honour for me to be awarded an honorary doctorate by Södertörn University. I feel thrilled and privileged, and am both delighted and surprised about this achievement, which I see as both a personal milestone and a success for the people who work to advance Romani Studies at the university,” she says.

Elena Marushiakova is from Bulgaria and is a leading scholar in Romani Studies, as well as one of the people who have fought for its inclusion as an academic field. After obtaining her doctorate from Comenius University, Bratislava, with the pioneering thesis Contemporary Ethnocultural Processes among Several Gypsy Groups in Slovakia, she has worked as a professor at several European universities, including the Humboldt University of Berlin and the University of Leipzig.

“On the Faculty Board, we believe that Elena Marushiakova’s wide ranging commitment to Romani Studies and a great deal of her work provides valuable additions to a growing multidisciplinary research field, one that encompasses many different perspectives,” says Peter Dobers, chair of the Faculty Board.