The private becomes political in feminist comic strips. Researchers from Södertörn University are studying how the comic strip is used as a tool in the feminist movement, as well as differences and similarities between female cartoonists in the Baltic Sea region. 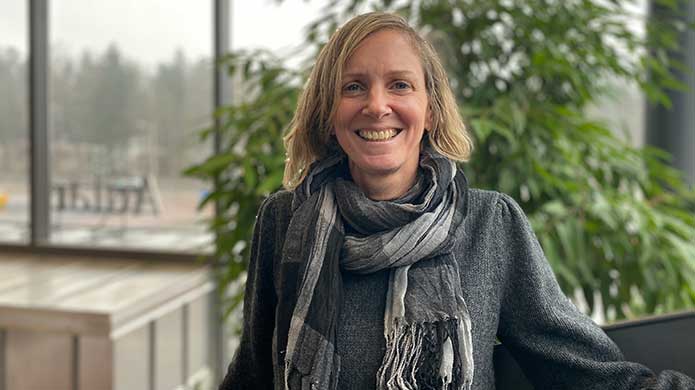 Cartoonists like Liv Strömquist and Nina Hemmingsson have been trailblazers for a generation of female cartoonists in Europe, not least among Sweden’s Baltic neighbours. The comic strip has become a way to understand and debate the issues surrounding equality and feminism, as well as a way of dealing with oppression and abuse. International researchers and cartoonists recently met at a symposium at Södertörn University to discuss feminist comic strips.

“Comic strips show us, once again, that the private is political, something currently shared by many female cartoonists. Their strips and novels often deal with them something that has happened to the artist herself, or something happening in society. Some say that they don’t always have the words, that they “draw their emotions” – but this almost always a reaction to something. It produces a form of activism that opens up a way for others to react,” says Kristy Beers Fägersten, professor of English at Södertörn University.

Her research project, A Multidisciplinary Study of Feminist Comic Art, has been running for two years. Along with colleagues from other universities in Europe and the US, she focuses on female cartoonists, feminist comic strips and graphic novels. Together, the researchers examine how the cartoon format is used as a tool within the feminist movement, as well as how comic strips allow the telling of stories about private traumas, sexual exploration or challenges to gender roles.

“Sweden is leading the way among feminist cartoonists, largely thanks to Liv Strömquist, but there were many before her and many after her as well. In Sweden, women have very much taken over the comic strip landscape that was once male-dominated,” says Kristy Beers Fägersten.

However, the research group is not only interested in Swedish cartoonists. The idea is to also study the characteristics of feminist comic art in countries around the Baltic. Comic strips are thriving in Finland and there is great interest among researchers, artists and readers. There are many similarities between the countries, such as the narratives often being based upon personal experience and trauma – but there are differences too.

“A Polish cartoonist who visited the symposium talked about how Poland had come a long way in terms of feminism, but has recently taken a step backwards. In western Europe, the cartoons reflect societal differences, but they don’t do this in the same way in Poland. Moa Romanova (a Swedish cartoonist), whose book Alltid fucka upp [Always fucking up] was well-received in Sweden, but did not have such a positive reception in Denmark. Feminism simply doesn’t have the same role,” says Kristy Beers Fägersten.