New research project: to achieve the global goals, we must understand conflicts

Fishermen versus oil companies, David versus Goliath. Interest in the ocean’s natural resources is shared by many parties – and can lead to conflict. To achieve the UN’s global goals and use the oceans in a sustainable manner, we must understand these conflicts and learn from them, according to Michael Gilek, professor of environmental science at Södertörn University. 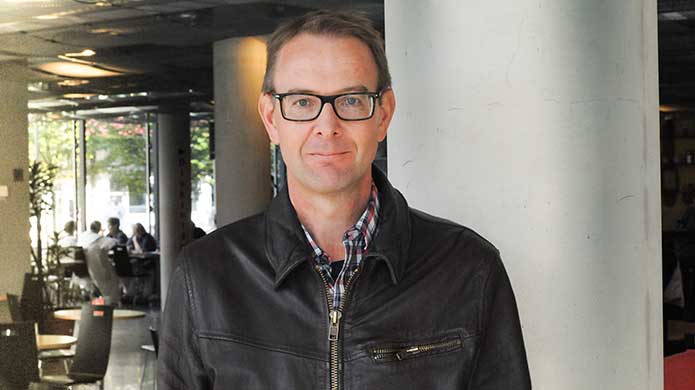 Seventy per cent of the surface of our planet is covered in water, so there is significant interest in the ocean’s natural resources and this often leads to conflict. For these conflicts not to be a barrier that blocks the road to a sustainable future, we need to know more about them. A new research project coordinated by Södertörn University, with Michael Gilek taking the lead, has just taken on this task.

Wind farms a cause of conflict

Researchers hope to better understand the conflicts happening around the world by studying them, so obtaining more tools to use in achieving the UN’s global goals.

“For example, in the Baltic we are looking at the offshore wind farms that have been developed as a response to the demand for greener power, but they can have an impact on the traditional use of these waters, such as commercial fishing,” says Michael Gilek.

The idea is to study different conflicts that relate to marine resources in the world’s oceans. What types of conflicts are there, what causes them and who is affected? The conflicts deal with the relations between local coastal communities, small-scale and industrial fishing, underwater mining or wind farms, but what they have in common is that they are all about achieving sustainable growth at sea.

“We can see there is a need to study conflicts about natural resources in a deeper and more systematic manner. To examine their backgrounds, how they are managed, what the similarities and differences are. This is an important part of achieving the global goals,” he says.

The project is international, with the research group spread across countries such as Brazil, India, Norway, South Africa and the US. It also spans a range of different research areas. The group includes environmental scientists, marine ecologists, cultural geographers, sociologists, conflict researchers and other social scientists.

“Obviously, we don’t think this will be easy, but we believe there is an opportunity to approach these conflicts in a more productive manner, so that they can be used for discussion and learning,” says Michael Gilek.

OCEANS PACT is an international research project financed by Belmont Forum, which includes Swedish-based Formas. In total, the project will receive more than SEK 15 million (EUR 1.5 million) in funding over three years. Of these, SEK 4 million will go to Södertörn University, which is coordinating the project.