Archaeologists and historians have shown little interest in the relics from World War II that lie on the bottom of the Baltic Sea. Unexplored, these wrecks can pose a threat to the delicate environment of the Baltic and could be used as political pawns for the extreme right-wing, says Anna McWilliams, contemporary archaeologist at Södertörn University. 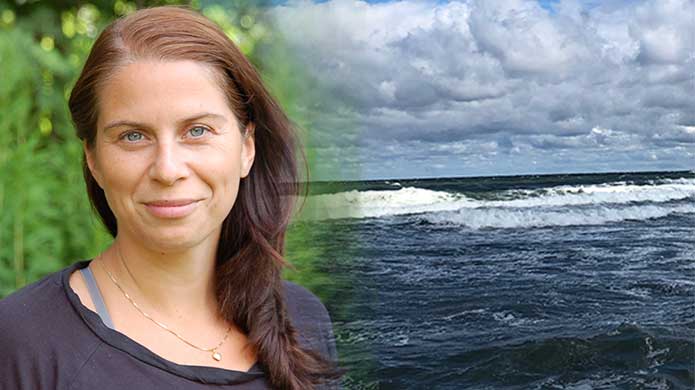 The Battle of the Atlantic is often described as a battle between good and evil, but the situation in the Baltic Sea was different and considerably more complex, which could be why many countries in the region have shown no interest in the ships sunk during World War II.

“There is a great deal of shame I think, and it’s a tough story to tease out. Sweden didn’t participate in the war, but was still involved due to the transportation of iron ore and troops. Finland was stuck between Germany and the Soviet Union, which was not an easy situation. The Soviet Union was long regarded as the threat from the east, but then they joined the allied forces. Discussions can easily get hung up on who was right and who was wrong, who was good or evil,” says Anna McWilliams, who has recently completed her project A Sunken War: the Baltic Sea during the Second World War.

During the project, she has primarily tried to investigate two things: what we really know about the wrecks and other relics from that time, and why there has been so little interest in finding out more.

“There are many wrecks, mines and mine anchors at the bottom of the Gulf of Finland. The area was one of the most patrolled in the Baltic Sea, and both Finland and Germany tried to prevent the Soviet navy from using that route. Along the Polish coast there are traces of people who tried to flee at the end of the war, as well as soldiers and prisoner transports. Any boat that floated was good enough, and they were hunted by Soviet submarines, warships and aeroplanes,” she says.

The lack of interest from the authorities and researchers may appear to be a minor problem. What difference does them being there make, as they’re not doing any damage? But the fact is, that this is just what could happen. Old fuel can leak and the hulls rust away, harming the already fragile environment of the Baltic Sea. Unexplored, these wrecks also risk being used as pawns in a political game.

Better understanding of our history

Just before the end of the war, in the spring of 1945, the British air force attacked two vessels off the German coast. The Cap Arcona and Thielbeck were sunk, with the loss of thousands of lives. Their passengers turned out not to be soldiers, but prisoners from concentration camps who had been forced onboard. Exactly what the Nazis had planned for the boats is not known, but finds from the wrecks show that there was not enough safety equipment, and it is possible they were going to be sunk to cover up the traces of the Holocaust.

This event is unknown to many people, but has been used by Nordfront – a neo-Nazi organisation – as “proof” that the Germans were trying to save prisoners from the concentration camps.

“Really, we should perhaps disregard this type of article, but it interesting to see how they use what happened to renegotiate reality. And this is also the danger, that if archaeologist and historians do not study wrecks and other remains, then the field is open for other interpretations that do not correspond to what actually happened,” says Anna McWilliams.

Not only discovering the locations of these remains, but also thoroughly investigating them, can help us better understand our history.

“New knowledge allows us to question and challenge historical perceptions. Historical documents from the war are not always reliable. Physical remains also offer a fantastic opportunity for making things real.”