Smartphones vital to refugees in their new homeland

Information, contact with friends and family – or just a way of spending time. Smartphones offer incredibly important functions for asylum seekers, as well as for the narrative of their experiences of fleeing their homelands. 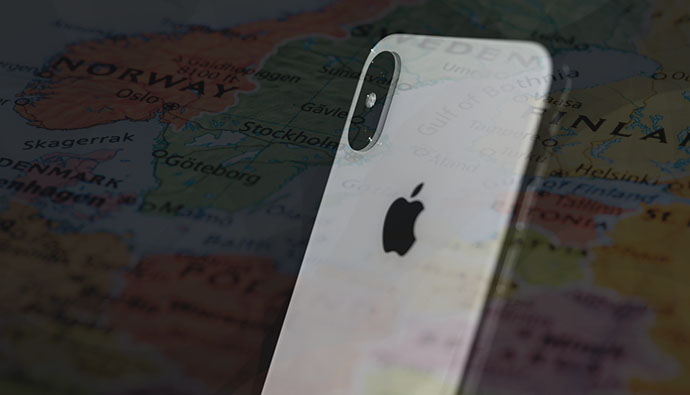 Mobile phones have proven to be of decisive importance for displaced persons. They have made it easier to stay in touch with friends and family – regardless of where they are in the world. In this ongoing project, researchers have examined what various communication media, now and in the past, have meant to asylum seekers when they arrive in a new country.

The (dis)connected refugee: The role of communication technologies in trust-building in Sweden and Germany is based on interview studies and is an interdisciplinary collaboration between Media and Communication Studies and Comparative Literature.

Financier: The Foundation for Baltic and East European Studies

“For many people, carrying a smartphone is such a natural thing that they hardly reflect on it, but when they do, they often realise that they would not have managed the journey without it. They say they keep in touch with their families, while the phone is also a tool for remaining updated about the situation in their homeland and finding information about the new country. They use mobile phones to stay in contact with their compatriots, but also to use language-learning apps,” says Heike Graf, project manager and professor of media and communication studies.

The study is based on interviews with refugees from Afghanistan and Syria, among other places, all of whom have residence permits in their new homelands. However, the researchers are not only interested in how the smartphones are used. Thanks to the project also involving Comparative Literature, the interviewees’ stories are also in focus.

Stories as creators of meaning

Christine Farhan, professor of comparative literature, primarily focuses on the narrative aspects of the stories that the refugees share during their interviews. She is interested in how the interviewees, in their stories, present the experience of displacement and, most of all, their arrival in their new country and how they present themselves.

“From the interviews, it was clear that they did not want to appear as victims. Instead, they presented themselves as autonomous, independent individuals with pretty clear ideas about their perspectives on the future. One person who came to Sweden believes that language is the most important factor in creating a sense of arrival and feeling at home. They talked about their strategy using different episodes, in which they deliberately exposed themselves to situations that were difficult, but at a level of difficulty they could deal with,” she says.

When the two subjects have worked together, it has become clear that media use is linked to what could be described as the refugees’ life stories. If someone says that language is important for feeling at home, this often means that they have invested time – and money – in apps that help language learning.

“In these cases, the technology is secondary to a specific goal, the person does not let themselves be controlled by the technology, quite the opposite. I have also seen cases where the reverse is true, where mobile phones are simply used to make time pass, as a way of avoiding having to think about the difficult situation they are in,” says Heike Graf.

When the project started in 2017, the hypothesis was that digital communication had given rise to entirely new situations for asylum seekers. For example, there has been discussion of whether digital media have changed the experience of being displaced. To find answers to the questions of how displaced persons’ needs for communication have changed, Philipp Seuferling’s thesis examines media practices from the end of World War II to the 1990s. Among other things, he has studied media use in refugee camps after World War II. There was radio, for example, they had camp cinemas and newspapers that were produced by people in the camps. It is possible to see that there was already a need for communication, but in a different form.

“Then and now, the need for media while fleeing and in the camps are very similar: staying in touch with loved ones and remaining informed. But different technologies were used. In camps, this was often very controlled. For example, films were shows every day as entertainment, which often became a form of escapism. However, the choice of films was also governed by the camp administrators. They often tried to show educational films about democracy, while the refugees were more interested in being entertained. The media available at the camp was thus very dependent on the camp administrators,” says Philipp Seuferling, doctoral student in Media and Communication Studies.

Two sides of the coin

Smartphones have made it easier to stay informed and stay in touch with friends and family, but there are two sides to this coin. For example, some people do not want to be too positive in social media, to avoid upsetting their families. Or the opposite – display your success, or perhaps no one will believe you can make it. Being constantly online means that the pressure to help and think about the people who were left behind is present in an entirely different way, placing higher demands on individuals to manage this. The danger is that it can take away the energy needed to succeed with a new life of your own.