The Baltic and East European Graduate School is celebrating its 20th anniversary!

The Baltic and East European Graduate School – BEEGS – first opened its doors in September 2000. Now, 20 years later, more than one hundred doctoral students have been awarded PhDs within the framework of this unique research environment. Congratulations! 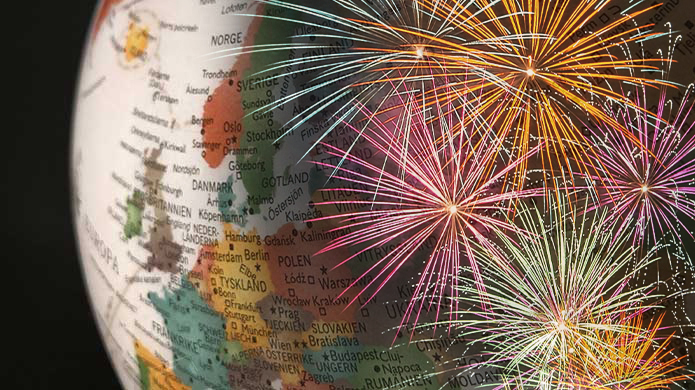 When Södertörn University was founded, in 1996, it was given the task of strengthening knowledge about the Baltic Sea region and Eastern Europe. The Iron Curtain had only recently fallen and there was a desire to recreate and forge new links between east and west. Early on in these discussions, there were ideas about a multidisciplinary, multicultural graduate school and these two words have helped shape BEEGS – the Baltic and East European Graduate School.

“The most important thing about BEEGS is that it has been, and is, a very dynamic and stimulating research environment, because it is so international. Not many graduate schools have this to the same extent as BEEGS. Bringing together doctoral students from around the world provides such richness,” says Florence Fröhlig, herself once a doctoral student at BEEGS and now its director of studies, and senior lecturer in Ethnology.

BEEGS differs from other graduate schools in that it is not built around a subject or discipline, but on a specific area (area studies). This means that doctoral students from very many different subjects gather under one and the same roof. Economists meet art scholars, philosophers and political scientists, historians and environmental scientists.

“Being in a multidisciplinary environment is very simulating. You are questioned in ways that you aren’t from within your subject. You have to find arguments, find ways of convincing others – and, in the end, where your own discipline is become clearer,” says Florence Fröhlig.

This perspective is something that many BEEGS’ alumni describe in the anniversary publication, written to celebrate the jubilee, with many alumni highlighting these meetings across disciplinary boundaries as something unique. Egle Rindzevciute received her doctorate in 2008 and looks back with warmth on her time at BEEGS.

“I remember my studies at BEEGS as a time of multidisciplinary learning, attending seminars that ranged from the philosophy of science to linguistics and economic history, vivid intellectual exchanges with fellow BEEGS doctoral students, enriching expeditions to Baltic and East European cities, such as Vilnius, Moscow, Helsinki, and Lviv — these are just a few places among many others.”

Many of the memories that former “BEEGSers” have shared are about friendships that remain long after their studies have finished.

“I came to Sweden, and Södertörn University, from France because of BEEGS. Just like I was then, there are lots of people who don’t know very many people in Sweden. But they take care of each other, gain friends, and it almost becomes a little community. It’s also nice that some people met their partners here and have started families,” says Florence Fröhlig, and laughs.

BEEGS is looking towards the future and is continually developing new areas of research, new encounters and new knowledge – and continuing to contribute to the university’s Baltic Sea region and Eastern European profile.

“It’s great that we have been around for twenty years and that I have been on parts of the journey. First as a doctoral student and now as director of studies, all because an administrator tipped me off about a new graduate school,” says Florence Fröhlig.