Humour as a tool in the feminist struggle against online sexism

Irony, parody, mockery and ridicule. Humour has become a tool for feminists in their struggle against online sexism and harassment, particularly on social media. A new book studies these resistance tactics, with the researchers finding them both playful and easygoing, as well as having a high level of seriousness. 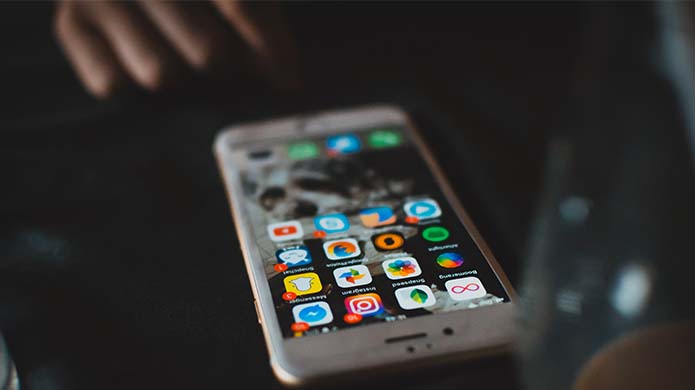 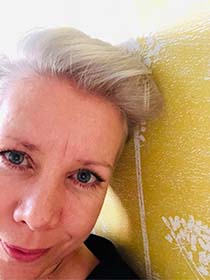 “Humour and laughter are perhaps not the first thing you associate with feminist politics and resistance. The more dominant perception is instead that of the humourless feminist and the feminist killjoy, ‘that woman’ who doesn’t laugh at sexist jokes and who ruins the fun for others – but of course feminists have a sense of humour too,” says Jenny Sundén, professor of gender studies at Södertörn University.

Along with her co-author, Susanna Paasonen, professor of media studies at the University of Turku, she recently published Who’s laughing now? Feminist tactics in social media

(MIT Press). The book examines feminist resistance tactics in social media that use humour in a range of ways, to deal with and counteract sexism and harassment such as “slut shaming” or unwanted dick pics.

“We examine tactics that encompass everything from irony and parody to mockery and ridicule, and establish that feminist humour is easygoing, playful and also has a high level of seriousness,” says Jenny Sundén.

Laughter can provide a breathing space

In their study, they focused on what happens in social media such as Twitter and Instagram, and particularly on feminist initiatives that have been widely disseminated. The posts are from Nordic and Anglo-American accounts. Among other things, they have examined how hate speech and insults are republished, retweeted, such as on the Swede Linnéa Claesson’s Instagram account @assholesonline or by the American porn star Stormy Daniels. The duo also looked at how derogatory words such as ‘whore’ or ‘bitch’ are reclaimed in groups such as ‘Skamlös utsläckning’ on Facebook. They have also analysed how the exclusion of women as professional expertise is highlighted by the Tumblr blog ‘Congrats, you have an all-male panel’ and the unusual occurrence of unexpected ‘pussy pics’.

Why is humour useful?

“Laughing together, even in the type of networked communities that social media comprise, can create a context and sense of community, contribute to easing the pressure and providing a breathing space for particularly vulnerable groups. Laughing rather than crying can even save lives, or at least make the injustice that weighs you down easier to bear,” says Jenny Sundén.

Are there any differences in how humour is used as a feminist resistance tactic, compared to how other groups use it?

“Well, it’s quite common for subordinate groups to use humour as a means of laughing at those in power, a type of humour founded in trauma or the experience of repression. There is black humour that focuses on racism, queer humour about homophobia, and so on. The difference between feminist humour and other types of humour that come from ‘below’ is its object, that sexism and misogyny are both the way in and what give the humour fuel and nerve,” says Jenny Sundén, and continues, “Humour also has a central role to play in how social media capture our attention more generally, while also providing new platforms for political mobilisation.”

Humour is subjective. Some people think something is funny, others don’t. Humour can thus create boundaries between those who laugh at the joke and those who don’t, and it is not unusual for this to happen within a single group.

“This means that humour can be divisive, because not all those who define themselves as feminists have the same sense of humour. This is often due to factors other than gender, and it soon became apparent to us that the feminist humour that receives the most attention on the web is strikingly white, straight and privileged. In turn, this can mean that laughter tends to stick in the throat for everyone who deviates from these norms,” says Jenny Sundén.

The book was written in the shadow of #metoo, a movement in which women talked about systematic harassment, sexual violence and assault – experiences that are far removed from the domain of humour.

“But we noticed that shaming in relation to sexual shame and bodily shame is a common ingredient in the type of sexism that our humour campaigns work against. We have therefore chosen to start the book with a chapter about #metoo, sexual shame and the redistribution of shame that the movement can be said to have achieved, from the victims to the perpetrators. We also write about how the #metoo movement actually encompasses what is perhaps an unexpected space for humour and comedy, from Sara Danius’ alter ego Gittan, to Hanna Gadsby’s ‘Nanette’.”

Anger and frustration are often the expected and more socially acceptable reaction to much of what women, transgender people and non-binary people are exposed to in social media. However, Jenny Sundén and Susanna Paasonen believe that there is a critical and feminist value to laughter, even at times when it is not appropriate, that inappropriate laughter is a political necessity.

“There is this idea that humour and laughter are associated with the trivialisation of serious issues, but we believe that there is another kind of seriousness in humour, an important one at a time when we could all do with a good dose of laughter,” says Jenny Sundén.