Who are we to each other, really? This is the apparently simple question that Raili Uibo asks in her thesis, in which she has studied queer people’s close relationships. Opinions about what constitutes a family differ between countries and between people, and societal norms are still what largely define a close relationship. 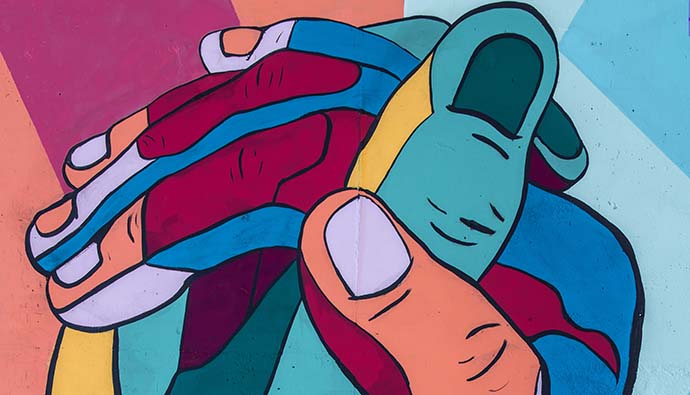 “People create relationships in many different ways. My study demonstrates this diversity, and how families or romantic or sexual relationships are not the only way. There are relationships where other people are important in your life, and these have to be included somehow. To instead talk about close relationships, and not just focus on one definition – that’s my contribution,” says Raili Uibo, who recently completed her doctorate in Gender Studies with her thesis And I don’t know who we really are to each other – Queers doing close relationships in Estonia. 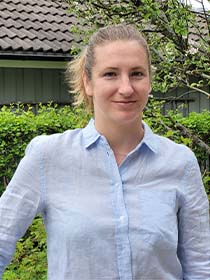 When Uibo asked queer people in Estonia how they create their families, she was met with confusion: What do you mean? I don’t have a partner or children. My parents? Imagining a family outside the norm of parents, monogamous partnerships or children was alien to many of those who were interviewed. Instead, Uibo had to find other words to approach an answer to the question of how they create their relationships, arriving at a concept that is similar to “nearest and dearest” – lähedased in Estonian. This opened up the conversations and many other relationships began to emerge as important in these people’s lives.

There are many dissimilarities between living conditions in Estonia and Sweden. For example, the societal safety nets are different, and in Estonia there is greater reliance on family to cope financially. Over the past thirty years, the public sector and social welfare have been affected by massive cutbacks. This is partly due to the collapse of the Soviet Union, and partly a result of the aggressive neoliberal policies that Estonia has recently imposed, according to Uibo. One result is that queer people are sometimes forced to live at home, despite having poor relationships with their parents.

“If we think about ‘close relationships’, being close to each other can mean physically close, that you live together because there is no other choice. But it doesn’t mean that there is emotional closeness, there is no intimacy although you are still in a relationship and tied to each other. These ties are not always positive, which is an important difference from Western research.”

As one example, she highlights a person whose partner is transgender. The parents hate this partner, but the couple are unable to move because they can’t afford it.

“The ties are not always because you love each other, but because you are dependent on each other. This is entirely different to talking about a family of choice, as it is called in Western research and culture – you can’t talk about choice, as you can’t always choose,” Uibo says.

In her thesis, Raili Uibo also writes about what she calls queer opacity, or how people manage their queerness. This can be described using the concept of opacity, which shows how transparent something is.

“It’s like frosted glass – the light gets through, but not entirely. This is how many people in the study manage their lives, not hiding their queerness, but being quite vague in how they express it. For example, openly declaring that you are gay is unusual, saying ‘I’m gay’ as a coming-out moment. It passes without comment,” she says, and continues, “Not putting words to a relationship or who you are is not always a problem. The Western idea that you must talk about yourself just as you are, that you have to come out and if you don’t you are repressed, they don’t necessarily reason like this. They live their queer lives and many are active in the LGBTQ movement. They don’t hide their lives, but putting words to it can be problematic,” she says.

Previous studies of queer people’s relationships have often been from a Western perspective, using ideas about freedom of choice, the ability to choose your family and your context. However, these have also often been studies of sexual or emotional relationships. Through her thesis, Raili Uibo hopes that she has contributed new ideas and broader perspectives – and that close relationships are about far more than love and family.

And I don’t know who we really are to each other – Queers doing close relationships in Estonia.