MARIS, Södertörn University’s research centre for marine archaeology, has been awarded four years of funding from the Voice of the Ocean (VOTO) foundation for new research into human relationships to historic sea level changes. 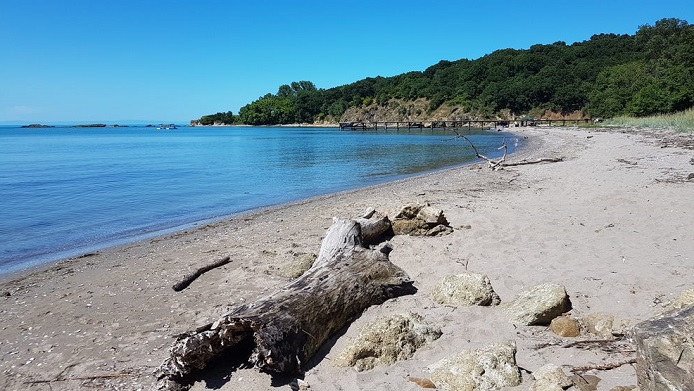 The new study is called Sea Change. It is a research programme that aims to contribute wide-ranging knowledge about perhaps our most important contemporary issue, one which relates to our survival: what actions should we take due to the ongoing and dramatic changes to our environment? The programme is multidisciplinary and unites marine archaeology with geographic analysis, environmental reconstruction and osteology.

“The logistical support we have received from VOTO for fieldwork and analysis until 2025 is absolutely decisive for our ability to undertake this relatively large study,” says Professor Johan Rönnby from Södertörn University, who will lead the project.

Sites on the Black Sea, Gotska Sandön and in Gamleby

Work will primarily be conducted at three archaeological sites. There will be surveys of a submerged prehistoric settlement at the mouth of the Ropotamo River on the Black Sea, a longitudinal study of the desolate Gotska Sandön in the Baltic Sea, and analyses of settlement patterns in the fjord-like Gamlebyviken in northern Tjust, Sweden. By comparing three entirely different areas and archaeological sites, of which one is geographically very distant from the other two, the project aims to show the variation in prehistoric human relationships with nature and to illuminate human strategies and potential choices in relation to changing sea levels. Fieldwork will be conducted in cooperation with the Bulgarian Centre for Underwater Archaeology, Uppsala University, Fornsalen Gotland, Västervik Museum and the universities of Southampton and Connecticut.

“Archaeology’s long-term perspective makes it possible to shed light on and understand humanity’s relationship to the environment in times entirely different to our own,” continues Rönnby. “Marine archaeological source materials are often unusually well preserved compared to those found on land, both in terms of undisturbed deposition orders and organic materials. Hopefully, this will provide a unique sharpness of detail as regards environmental changes and the resulting human actions at a specific site.”

VOTO is a newly started foundation that focuses on supporting and promoting research and information associated with the sea, its ecosystems and environment.

“The Sea Change programme is of great interest to us, as it unites research in archaeology and the humanities with urgent environmental research,” says Björn Hagberg, project manager at VOTO.