New research project: How Tsarist Russia created its own tropics

A new tropical region developed in the southern Caucasus in the second half of the 19th century. Citrus and tea plantations, palm trees and bamboo - why and how was this done? Oleksandr Polianichev will examine this in a new research project funded by Riksbankens Jubileumsfond. 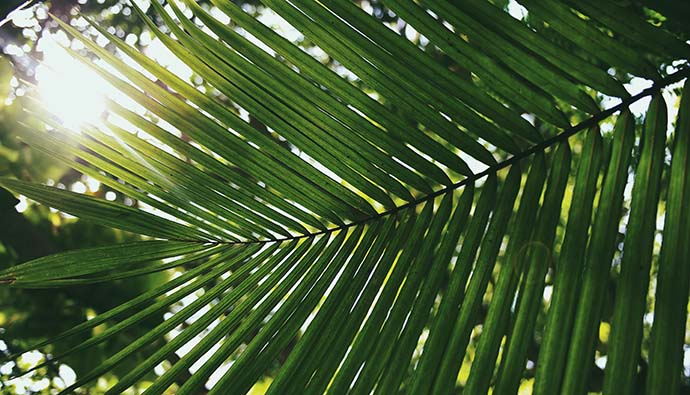 Traces of Russia’s imperial ambition to create its own tropics are still visible in contemporary Sochi, Sukhumi and Batumi. Oranges, tea, and other crops more normally found closer to the equator are all grown here.

“In the Russia of the time, and later in the Soviet Union, pride was placed in being able to say that the empire covered every climate zone, from the Arctic to the tropics, how the empire was so extensive,” says Oleksandr Polianichev, who has a doctorate in history and is a researcher at Södertörn University.

Russia annexed large swathes of land in the southern Caucasus in the early 19th century, and there was soon interest in growing the crops and plants found in warmer latitudes. The country’s political elite and leading agronomists were convinced that the region was suitable, largely because there was a lack of knowledge and reliable data about what conditions were actually like. Numerous more or less utopian projects were started - and failed. However, after decades of experimentation, and with the help of countries such as Japan and China, they finally succeeded in acclimatising a variety of plants.

“This period coincided with colonialism and the perception that white people had an obligation to civilise the world. But Russia had no colonies in the tropics, so a decision was made to create them itself and Chinese experts and agriculturalists, in particular, were brought in to help with the project. This generated a fear among people that the Russians would be crowded out and invaded,” says Oleksandr.

Links to climate and history

His interest in the empire’s tropical ambitions came about somewhat coincidentally. He had read back issues of the Kavkaz journal as part of a previous project, where he saw articles and essays on the subject. Because of the climate crisis and how the climate is changing, he finds it interesting to see how temperate areas (such as temperate coniferous forest or scrubland) were partly remade as tropical areas.

“Of course, it is also interesting on its own historical merits, and it is fascinating to see how Russia tried to build its own India or Java,” says Oleksandr.