In the upcoming issue of Baltic Worlds, readers can take an in-depth look at New Age and other esoteric movements in the Soviet Union and what happened to them after its dissolution. In some places, these movements became a form of resistance to Communist doctrine. 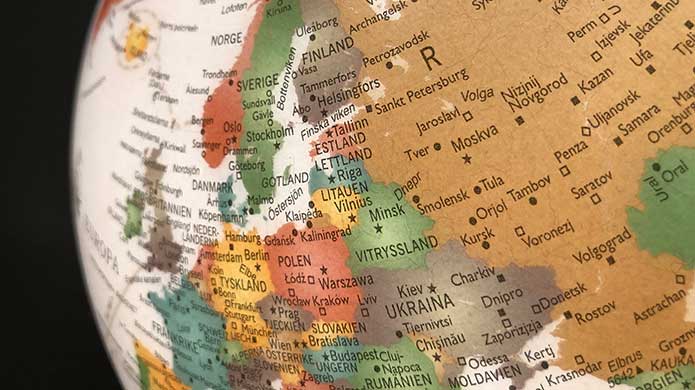 Religion and spirituality were discouraged in the communist Soviet Union but, when the regime collapsed in the early 1990s, it was clear that various forms of New Age practices had survived Communism, despite decades of prohibition.

“This area is fairly unresearched, so the theme is an interesting one. The areas it covers include research into East German groups that clung to occult ideas, making them a form of individual resistance to Communism. However, in other places, such as Bulgaria, where esoteric activities were not as forbidden, even the Communist Party initiated studies on subjects such as whether telepathy could be used as a secret weapon in the Cold War,” says Ninna Mörner, editor of Baltic Worlds.

Anna Tessmann is this issue’s guest editor. She received her doctoral degree from Södertörn University, graduating in 2012 with a thesis on Zoroastrianism in modern Russia, and has continued her research into Soviet and post-Soviet esoterism and astrology, among other topics.

“The issues she highlights as editor for this issue include how occult practices were able to survive Communism, the way they were an individual outlet through which people could counterbalance science and predictability – as well as how difficult it is to prevent people from being people,” says Ninna Mörner.

Download the latest issue of Baltic Worlds for more interesting reports and articles.

Baltic Worlds is a scholarly journal that gathers research from a wide range of subjects and fields of research relating to the Baltic Sea region and Eastern Europe. The journal has a particular focus on developments concerning academic freedom and freedom of expression.

“Over time, we have received more and more reports about limitations on academic freedom in many countries, particularly the authoritarian states in the region,” says Ninna Mörner, who summarises these reports in a piece in the new issue, as well as highlighting the resistance to these restrictions.

In a previous issue of Baltic Worlds (3/2021), she identified themes that indicate which way the winds of change are blowing, in one form or another. She highlights three articles and reports that illustrate this.

The migration pattern in Europe has changed during the course of the pandemic; previously, many people left Eastern European countries to become guest workers in countries such as the UK or Sweden. The pandemic made these journeys impossible, so the trend has been for people to return to Hungary, Romania or the Baltic states.

“The wave of migration is travelling in the opposite direction, with people then tending to stay put,” says Ninna Mörner.

In another article, author Silvia Kučėnaitė Foti is interviewed. As a child, she was told stories about her maternal grandfather, that he was a hero who fought against the Communists. However, when working on a book about her grandfather, she discovered a different side of the story, one that became a personal trauma for the author and her family.

“Research showed that he was involved in a number of brutal acts during World War Two and the Holocaust – that he actually collaborated with the Nazis. He was responsible for sending people from safety to danger, to their deaths,” says Ninna Mörner, and continues, “Silvia Kučėnaitė Foti wrote the book to break the silence about the war and its history, and she does this on a personal level. At the same time, her grandfather fought for Lithuania’s freedom and against Communism. She highlights an interesting topic.”

Another text that focuses on change presents a Finnish research project that studies the Russian decision that no children will be raised in institutions; instead, all children will grow up in “home-like units” - a decision that has not been entirely easy to implement.

Read the reports and articles on