How do young people really think about themselves? And how is this affected by history, family and the world around them? These are questions that Katrin Goldstein-Kyaga and her colleagues have tried to answer in a new book, Ungdomar och den nya kosmopolitismen [Young People and the New Cosmopolitism]. 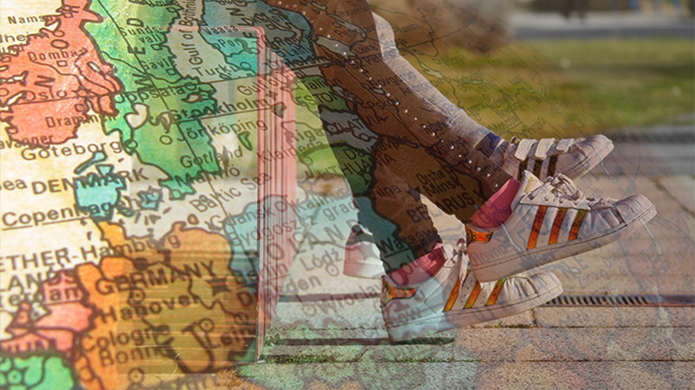 Today’s 15-year-olds generally see themselves as citizens of the world. Their contact networks do not stop at the borders of their home country and global friendships are made through social media. However, it is not unusual for them to describe themselves as patriots and to feel strongly connected to their homeland’s culture and traditions. These are the results of a study in which young people at upper-secondary schools in Sweden, Poland and the Czech Republic were interviewed.

“In the Czech Republic and Poland, young people are more patriotic than they are in Sweden. At least, they feel that it is important to belong to a particular country. It is important to their identity, but this does not mean that they thus dislike others. It is possible to be both cosmopolitan and patriotic,” says Katrin Goldstein-Kyaga, professor emeritus of education.

When the young people were asked to expand on their ideas about nationality and were asked whether they could imagine having friends who come from other countries, many refused to answer the question.

“One person answered: ‘I don’t choose my friends as if they were on a menu’. This can be regarded as a somewhat more cosmopolitically focused identity, that a person’s ethnicity and cultural background are not regarded as important.”

There are many factors underlying this cosmopolitical view of their own identity, such as greater opportunities for travel and access to the internet. However, there are also significant differences between the countries, particularly in opinions about freedom. Societal freedom is a given for young Swedes. They are used to being able to think and travel freely, just like their parents. Young Czechs and Poles have a different background; their parents’ generation and the generation before them were affected by world wars and communist regimes. These continue to shape young people’s identities today, as well as their values.

In one conversation between a Polish man and his daughter, the father talked about his childhood in the 1980s, a period when the Solidarity trade union movement was strong. He is worried that young Poles are forgetting how this political commitment laid the foundation for the living standards his children now have in the 2010s, how the way that the young currently live means that they are forgetting what life was like then. His daughter replied:

“Yes, that’s true, but our situation is different. We have to adapt and learn to live in today’s society”.

The study was conducted by three researchers: senior lecturer Maria Borgström, and Katrin Goldstein-Kyaga and Ana Graviz, both emeritus professors of education. The book Ungdomar och den nya kosmopolitismen is based upon group discussions, in-depth interviews and questionnaires. The young people were aged around 15 and answered questions about their views on peace, war, the world, other cultures, their own place in society and their identity.

None of the young people in the study believe in a genuinely peaceful society, but that does not mean they are prepared to give up. As one pupil expressed it:

“We must strengthen things that make us continue living, despite negative societal norms and other stuff that leads to violence. To see the problems, but also to understand that we must have hope”.