“It is with great sadness that we have received the news of the death of our former colleague, Professor of Aesthetics Sara Danius,” says Vice-Chancellor Gustav Amberg. “Our thoughts are with her family, friends and colleagues at the university.” 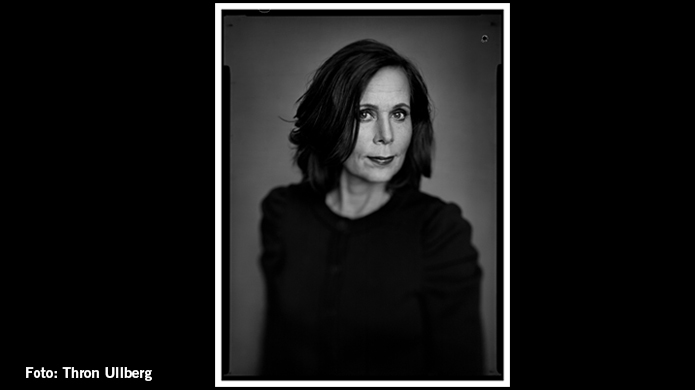 “Sara loved teaching, especially with students who were on their very first course,” says Cecilia Sjöholm, also a professor of aesthetics and long-time friend and colleague of Sara Danius. “The first meeting with the students was important to Sara, as she wanted to make sure they felt properly welcome. When we honour Sara, I believe that how we welcome our students is really important."

Sara Danius helped develop the subject of Aesthetics at the university and, along with Cecilia and their colleagues, designed a Master’s degree and created the foundation for doctoral studies in Critical and Cultural Theory.

“Working with Sara was always fun,” says Cecilia Sjöholm. “She was warm and generous, both as a friend and as a person. For example, she invited students and colleagues to graduation parties at her home. Sara loved parties, and she loved giving speeches. When she became permanent secretary of the Swedish Academy she was the right woman in the right place! Her love of language and style was given more space at the Academy, but it was also on display when she was with us.”

“Summarising thirty years of friendship is not easy,” says Aris Fioretos, also professor of aesthetics and a close colleague of Sara. “The Sara I knew was unafraid, clearheaded, caring, inventive and full of passion. She understood the art of being supportive when things were difficult, and that of subtly letting you know when you were in the wrong. She never asked more of others than she did of herself. Sometimes she could exaggerate; then she lost her sense of boundaries, but I don’t know if she ever realised it. She assumed that everyone was like herself: both glorious and composed, proud and objective. In brief: magnificent.