Rainer Hartleb to receive an honorary doctorate from Södertörn University

Rainer Hartleb, the German-Swedish documentary filmmaker, will receive an honorary doctorate from Södertörn University in 2022. 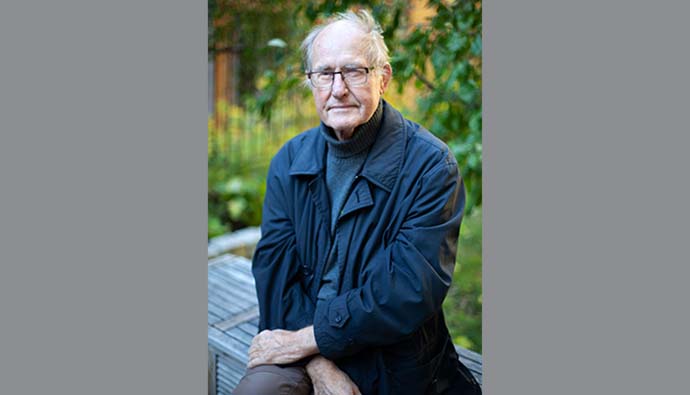 Since 2013, Södertörn University has awarded one or two honorary doctorates every year. They are conferred on people who have made particularly significant contributions to the university, thus promoting its education or research or contributing to its development in other ways. The Faculty Board has decided to award Rainer Hartleb the honorary doctorate for 2022.

“I feel extremely pleased and honoured that my work on the documentary films about children from Jordbro has been highlighted in this amazing way,” says Rainer Hartleb. “I want to immediately take the chance to thank everyone who has participated in the films over the years, who shared the stories of their lives and so contributed to shaping the narrative of their own times.”

August 2022 will mark fifty years since filmmaker Rainer Hartleb walked into a classroom in Jordbro, where twenty or so children had just started school. What was originally intended as a small film project grew into something bigger, and Hartleb’s renowned, prize-winning series of seven films about Jordbro continued until 2014.

Between 2000 and 2005, Jordbro and twenty-three other vulnerable areas were included in a governmental initiative to try to counteract segregation in Sweden’s three metropolitan regions. The subject of Sociology at Södertörn University was responsible for the evaluating the effects of this initiative in Stockholm, Haninge, Huddinge and Södertälje. In association with this, contact was established with Ulric Jansson, one of the main subjects of Rainer Hartleb’s film series about Jordbro. Shortly afterwards, Jansson began to give guest lectures about Jordbro at Södertörn University and, until the pandemic, these were a recurring and popular feature on courses in Sociology and Social Work. There are thus clear links between Rainer Hartleb’s unique achievement and Södertörn University, where approximately four thousand students have learned from one of Hartleb’s Jordbro children and his stories between 2004 and 2020.

“We cannot overestimate what Rainer Hartleb did in portraying the Jordbro children, who are now middle-aged adults, and their lives in what we call the Million Programme areas. Without using stereotypes, the film series has depicted these areas and their conditions in a way that no one else in Sweden has succeeded with. Södertörn University is located, just like Hartleb’s film series, in the south of Stockholm. I choose to see it as if our visions coincide – to do good and create change for the better in the place we are located,” says Peter Dobers, chair of the Faculty Board of Södertörn University.

The doctorate will be conferred at Södertörn University’s Commencement Ceremony on 11 February. The recipients of the honorary doctorates for 2021, Julia Kristeva, former professor at Paris VII, and Andrea Pető, professor at CEU Wien, will also have their doctorates conferred at this time, because no Commencement Ceremony was held in 2021. Rainer Hartleb will hold an open lecture at the university on 10 February. More information will be provided in January.

Citation for the award of the 2022 honorary doctorate to Rainer Hartleb:

“With his unique film series, Rainer Hartleb has not only depicted people’s lives over a span of five decades, but also put a residential area in the Södertörn region on the map. Hartleb’s great achievement lies in using the camera lens to allow people to talk about their lives, their dreams and challenges and how these are associated with societal change. Rainer Hartleb’s contribution is outstanding, so he is the recipient of 2022’s honorary doctorate from Södertörn University.”