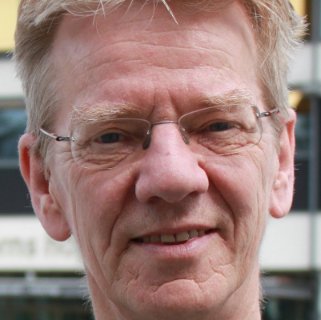 Johan Fornäs is since January 2010 Professor of Media and Communication Studies at Södertörn University. His research deals with issues of media culture and cultural mediation, intermedial interplays between different cultural genres and media forms, not least music, and intersectional interplays between different dimensions of identity. His interdisciplinary cultural research is based on hermeneutic interpretation, discourse analysis and media ethnography, placing widely different media texts in aesthetic, social, historical and spatial contexts. He headed the "Narratives of Europe" project, funded by Östersjöstiftelsen with five co-researchers; the "Mediatisation Times" network, funded by Stiftelsen Riksbankens Jubileumsfond and producing an International Journal of Communication theme issue on time and media 2016; and the RJ Sabbatical project "Rethinking Cultural Theory", including a visiting scholarship at the University of Amsterdam in spring 2016 and 2017 resulting in the book Defending Culture: Conceptual Foundations and Contemporary Debate (Palgrave Macmillan).

Fornäs in 1973 took his BA in Mathematics and Theoretical Philosophy at Lund University; 1985 got his PhD and 1987 became Associate Professor (docent) in Musicology at Göteborg University; 1986 youth culture researcher for the Swedish Research Council (HSFR); 1992 Senior Lecturer, 1997-98 Acting Professor and 1999 Professor of Media and Communication Studies at Stockholm University; 1994 Visiting Professor at the Catholic University of Leuven, Belgium; 1996-97 Acting Professor at the Department of Communication (Tema K), Linköping University; 2000-03 Professor at the National Institute for Working Life in Norrköping; 2003-09 Professor of Mediated Communication at the Department of Culture Studies (Tema Q), Linköping University; 2002-12 Director of the Advanced Cultural Studies Institute of Sweden (ACSIS); 2008-14 Editor-in-Chief of Culture Unbound: Journal of Current Cultural Research (http://www.cultureunbound.ep.liu.se); 1998-2004 member of the European Science Foundation ESF Forward Look Media Studies: New Media and New Literacies; 2004-08 Vice Chair of the Association for Cultural Studies (ACS); 2008-12 Board member and Chair of a Preparatory Committee of Riksbankens Jubileumsfond; 2010-12 Chair of the steering group of the Critical and Cultural Theory Graduate School at Södertörn University; 2012-16 member of the RJ Sector Committee for the Mediatisation of Culture and Everyday Life; and since 2015 Member of Academia Europaea’s section for Film, Media and Visual Studies.