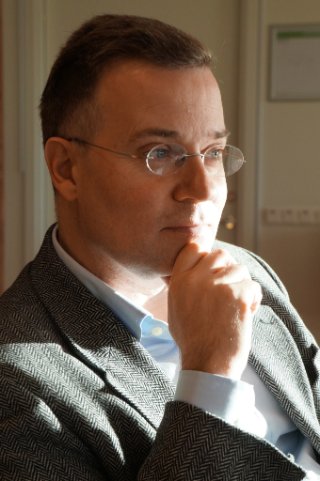 I am Affiliate Professor of Political Science. One of my areas of research is government communication. Web: https://www.polexmedia.com/external link

His primary research interests are European integration and politics, political parties and transnationalism, and political communication and executives.

Among projects he has worked on, he has looked at the Swedish foreign policy executive, in particular the relationship between the Prime Minister’s Office and the Ministry for Foreign Affairs, at transnational influence on social democratic and conservative parties in the Baltics, as well as at populist parties with particular attention to how they organize nationally and transnationally.

An ongoing area of research for Professor Johansson is government communication, defined broadly as the structures, practices and processes of central executive institutions in their communication aspects. Specifically, his field of work centres on the intersection of political leadership, institutions and communications in central government in Sweden and elsewhere, and also the role of media advisers to prime ministers.

He was Lead Coordinator of the research project ‘Symbiotic leader-media relations? Exploring interaction between prime ministers and the media in Finland, Lithuania, Poland and Sweden’, which ran until end of 2021. The project explored political executive-media relations, mainly interactions between prime ministers (and their communication aides) and journalists. The project addressed scholarly and related themes such as the presidentialization, personalization and mediatization of politics, as well as the relationship between journalists and sources in different media systems. How and with what consequences do political executives and media interact? This question was at the heart of the research project. The project was interdisciplinary and brought together ten participants from five research environments in all four countries. Findings have been published in a monograph, an edited volume, a doctoral thesis, as well as in journal articles or conference papers (https://www.polexmedia.com/

Professor Johansson's current research continues to explore the relationship between EU-level political parties/groups and constitutional or institutional reform in the EU. This current work also emphasizes agenda-setting and advocacy frameworks. This research continues a longstanding cooperation with Professor Tapio Raunio at Tampere University, Finland. They have co-authored several publications.

Professor Johansson has written extensively on transnational party cooperation within and throughout the EU and on EU politics, as well as on questions related to Sweden’s membership in the EU and more recently also on various aspects of government communication in particular. He has published many books and book chapters, research reports and articles in journals such as Acta Politica, Comparative European Politics, European Journal of Political Research, Government and Opposition, Journal of Common Market Studies, Journal of European Integration, Journal of European Public Policy, Journal of Public Affairs, Party Politics, Politics & Policy, Public Administration, and West European Politics.

His five most recent selected publications:

To DiVA
Exploring interaction between prime ministers and the media in Finland, Lithuania, Poland and Sweden