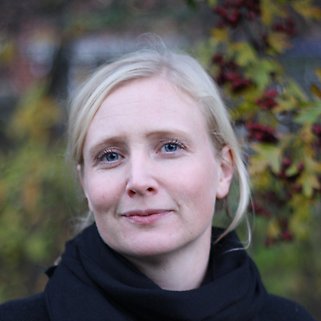 Linn J Sandberg is a senior lecturer and associate professor in Gender Studies. She joined the School of Culture and Education, Södertörn University, in fall of 2017. Sandberg’s main research focus is on gender, sexuality and embodiment in intersection with old age and ageing. Her work spans both empirical studies, primarily through qualitative interviews, and theoretical interrogations, where she is in particular interested in combining queer and feminist theories with critical gerontology and more recently also dementia studies. In her most recent research project funded by Forte the Swedish Research Council for Health, Working Life and Welfare, Sandberg studies intersections of Alzheimer’s disease, gender, sexuality and intimacy through interviews with couples where one partner is diagnosed with Alzheimer’s disease. Sandberg is together with Dr Richard Ward the founder and convenor of the Critical dementia network

External link, opens in new window., a research network established in 2019 which brings together scholars and activists with an interest in critical approaches in dementia studies.

External link, opens in new window.Gendering Age: Representations of Masculinities and Ageing in Contemporary, a European research consortium funded by the Horizon 2020 ERA-Cofund, which studies masculinity and ageing from interdisciplinary approaches.

Sandberg is involved in several international collaborations, she is affiliated Trent University’s Centre for Aging and Society

External link, opens in new window.). Her doctoral research focused on masculinity, sexuality and old age through the narratives of 22 heterosexual men born between 1922 and 1942. The doctoral study has led to a number of publications in journals such as Sexualities, International Journal of Ageing and Later life, Men and Masculinities. She also contributes with chapters on sexuality and ageing to Routledge Handbook of Cultural Gerontology (2015), Introducing the new sexualities studies (eds. Seidman, Fischer & Meeks, 2016), Addressing the sexual rights of older people (eds. Barrett & Hinchcliff, 2017.) and Ageing and Everyday Life: Materialities and Embodiments (ed. Katz 2018).

Sandberg has also been a post-doctoral fellow in social work at Linköping University (2011-2014), working in the project “Children and young people living in rural areas witnessing violence at home: A study of the social network’s responses” and was in this project part of the Responses to Interpersonal Violence (RIV) network, including the international network).This project has resulted in four scientific publications including a chapter in the research anthology A Response-based approach to the study of inter-personal violence (Eds. Hydén, Gadd & Wade) published with Palgrave. Sandberg has also collaborated with professor Lucas Gottzén, Stockholm University, in a project on children and adolescents exposed to violence at home and their experiences of the responses of their grandparents (2014-2015). This project, which is an offspring from Sandberg’s & Gottzén’s previous research within RIV, is funded by Stiftelsen Allmänna barnhuset and is based on qualitative interviews.

Link to my blog