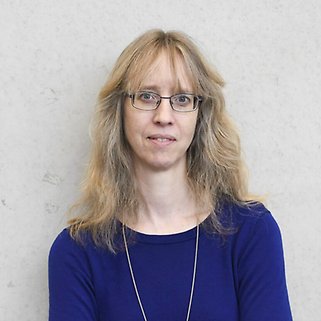 Throughout my academic career, my research has mainly concerned two research fields: higher education and university studies on the one hand, and young people´s political and societal participation on the other. Both of these research fields thus concern young people´s role and position in society.

My current research is directed at higher education, through my participation in the project Independence in higher education: A comparative study of Sweden and Russia, funded by the Foundation for Baltic and East European Studies with Dr. Jenny Magnusson as project manager. The aim of this project is to examine how the concept "independence" is understood and used within teacher education and journalism in Sweden and Russia, as it comes to show in the Bologna process, syllabi, documented supervision interaction and interviews with teachers and supervisors. Publications from the project include "Student independence in undergraduate projects: different understandings in different academic contexts

I focused on higher education already in my PhD project, at Uppsala University. In the PhD thesis, and related articles, I used participant observation and interviews to examine young university students experiences of university studies and student life, as well as their reflections and views on the educational choices they were making.

In my post doc project, which was carried out at the Department of Cultural Studies and Oriental Languages at the University of Oslo, Norway, I studied young people´s political and democratic involvement. In this qualitative research project I did fieldwork in a number of local organizations within the Global justice movement, in Sweden as well as in Norway. The research questions included how these politically active youths looked at democracy and political action, their relation to parliamentary politics and what their political involvement looked like in practice. Gender and power were central analytical concepts.

External link. in Journal of Mens Studies and "Trying to make a difference - Political involvement in everyday life"

My next research project consisted of a qualitative study of young people who were active in Christian youth organizations, with a particular focus on the traditional "free churches" in Sweden. In this project I looked at the relation between religious involvement and societal participation, experiences of being young and Christian in today´s society and also learning processes within the youth organization. The analysis was based in an emotion theoretical framework and an intersectional framework, as well as in theories around learning.

Publications in English from this project include "Being yourself"

External link. in Young, "Loving and forgiving?: Emotions and emotion work in the youth organization Equmenia

External link." in Ethnologia Europaea and "Coming from the outside: Learning and experiences among youths from non-religious families in Christian youth organisations"

In addition to doing research, I have been teaching and supervising students at the three universities where I have worked, in ethnology, cultural history and within teacher education. I was also a visiting scholar at the University of Hull during two periods and have worked at the Research Council of Norway with research communication and international cooperation.