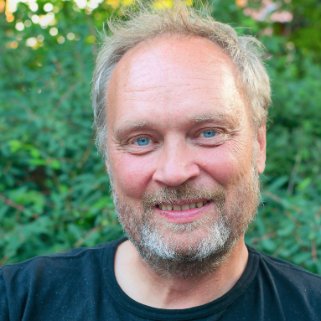 I am a professor in evolutionary biology teaching and doing research within the subjects of ecology, genetics and spatial planning for sustainable development.

My research deals with biological diversity at the genetic level and how it is affected by environmental change, diseases and geography. We study this in fishes (stickleback and trout), birds and blue mussels in Scandinavia but also in corals and fish in East Africa.

My research is aimed at understanding how is genetic variation is preserved in wild populations despite strong natural and sexual selection, and factors such as bottlenecks and random genetic drift. To answer this I have focused on the variation in highly variable protein coding genes important for disease resistance and the maintenance of genetic variation in protein coding genes compared to non-coding neutral genes, such as microsatellites in fish and birds. The major histocompatibility complex (MHC ) has a central function in the vertebrate immune system. Some MHC loci show an exceptionally high genetic variation. This extreme polymorphism is maintained by a combination of selection pressures caused by infectious pathogens and inbreeding avoidance whereby MHC affects odour preferences and mate choice. Our research deploys PCR based methods from molecular genetics and combines these with methods from quantitative genetics and behavioural ecology to test these ideas in natural or semi natural populations of corals, fish and birds. I have also studied how variation in MHC affects disease resistance in farmed salmons.

The research on maintenance of genetic variation at the MHC has highlighted the value of gaining knowledge on genetic variation in natural populations and its relevance to conservation issues. As a consequence I have been involved in studies of genetic variation in a diverse range of species using the same set of basic molecular genetic tools to study population genetics of corals and coral reef associated fish species. One of these projects started in 2002 and aimed at determining the genetic structure of several populations of two species of hard corals (Pocillopora damicornis and Platygyra daedalea ) in the Western Indian Ocean. Genetic analyses were done using microsatellite markers developed for these species. Samples included several locations along the coast of East Africa (Kenya, Tanzania, Mozambique and northern South Africa). The genetic data is being used to estimate the direction and rate of gene flow between different populations and to appraise to what extend MPAs maintain or preserve genetic diversity in these species. The information generated will include estimates of the level of genetic diversity of the corals and estimates of boundaries of breeding populations that may have implications for the conservation and management of coral reefs in the Western Indian Ocean.

I teach undergraduate courses on evolution and population genetics, bioinformatics and statistics, and supervise exam projects. I supervise one PhD student, Josefine Larsson and I was supervisor for Oskar Henriksson, Emma Lind, Petra Souters and Lars Forsberg´s PhD projects.