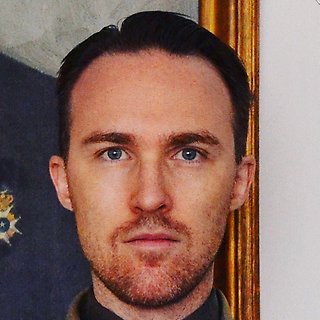 Teaches at all levels. Research interests include secularisation, new religions, "alternative spirituality", and esotericism (the latter also in relation to art/literature).

I am Docent in History of Religions and Lektor in Study of Religions. My field of specialisation is Western esotericism, new religions and "alternative spirituality", with a particular emphasis on how such currents are formed in tandem with processes of modernization (especially secularization). I have also worked from a sociological perspective with questions pertainng to strategies of legitimation, religious authority and identity formation. Other interests include religion and popular culture (reflecting my background in cinema studies), folk religion (e.g. editing a critical edition of a folkloristic classic), gender issues, globalization and religion and violence. A key theme in my research is the relation between Western esotericism and art/literature.

My doctoral dissertation (Satanic Feminism: Lucifer as the Liberator of Woman in Nineteenth-Century Culture, awarded the Donner Institute Prize for Eminent Research on Religion, and later re-published by Oxford University Press) adresses how anti-clerical feminists – primarily during the time period 1880–1930 – used Satan as a symbol of rejecting the patriarchal traits of Christianity. I emphasized how these women were inspired by the periods most influential new religion, Theosophy, and how the anti-religious discourses of secularism impacted feminism.

The rest of my publications are mainly focused on contemporary groups, using methods like interviews and participant observation. Aside from the above topics, I am also interested in religious change in Vietnam (where I have lived for a year), Japan and other parts of East Asia. Recently, I wrote on the reception of Islam in the milieu of alternative spirituality, and I am working on a small study on Islam in popular culture. In total, I have published almost sixty articles and book chapters on these different topics. At present, I am supervising two Ph.D. students at SU and one at Södertörn. I am available for supervision of new Ph.D. projects if they deal with my areas of specialization.

2015–2017 I conducted a post-doc dealing with discursive transfers between Judaism and (post-)Christian culture ("Contemporary Representations of Lilith: Between Secularity and Re-Enchantment").

A new project deals with martial arts and the sacralisation of physical exercise.

I frequently give talks in non-academic contexts, e.g. at museums like the Museum of Far Eastern Antiquities, the Museum of Mediterranean and Near Eastern Antiquities, the Thiel Gallery (Stockholm), the Vigeland Museum, the Munch Museum (Oslo), Museo de Arte Moderno (Mexico City), and the National Museum of Poland (Krakow). On several occasions, I have been interviewed on Swedish national radio (P1 and P2) and in newspapers (e.g. Dagens Nyheter, Daily Telegraph) about my research.