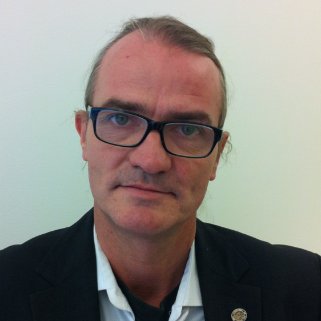 My teaching and research activities are characterized by interdisciplinarity, with influences from development studies, cultural, legal and environmental sociology, political science, gender studies, social ecology and area studies. Since some decades I have specialized on the political, social, cultural and economic development in Latin America, particularly in Bolivia, Ecuador and Venezuela. I am particularly interested in analytical issues of the politics of identity and resistance and throughout the years I have published a number of studies focusing on social movements and distinct identitarian complexities in specific socio-political settings (from the angles of class, ethnicity, gender, religion and ecologism).

At the University of Helsinki I have taught and supervised within the programmes of development studies, political science, Latin American studies and Area and Culture studies. At Mid Sweden University I previously taught sociology, mainly methods and theory. Moreover, I was earlier associated researcher at the Institute of Latin American Studies, Stockholm University, and also collaborate with a number of academic institutions in Latin America.

Indigenous Community-Based Eco-Tourism and Socio-Environmental Justice in the Global South: comparing “from below” experiences in Brazil, Ecuador and Mozambique

Rights of Nature - Nature of Rights. Neo-Constitutionalism and Ethno-Ecologist Resistance in Bolivia and Ecuador

Between 2013 and 2016, my principal research project dealt with the rights of nature and the Indigenous peoples in the context of welfare politics and extractive industries in new constitutional settings. In both countries, the indigenous principles of Sumak Kawsay/Suma Qamaña (vivir bien/buen vivir, right livelihood) have been constitutionally established as well as the right to prior consultation of affected peoples (and implicitly to free, prior and informed consent). The project thus analyzes the constitutional tensions and contradictions between ethno-environmental concerns and economic developmentalist politics.

The first publications of the project examined the welfare-development-extractivism dilemmas of Bolivia and Ecuador in a moral philosophical framing regarding the rights of nature/the environment and human beings.

The project was supported by FORMAS (The Swedish Research Council for Environment, Agricultural Sciences and Spatial Planning) for the period 2013-2016. The project is still ongoing, with several forthcoming publications.

From Exclusion to Government in Ecuador: Indigenous Movement Strategies and Political Power Structures in Otavalo and Cotacachi

Most of my publications can be downloaded at:

To DiVA
Comparing "from below" experiences in Brazil, Ecuador and Mozambique