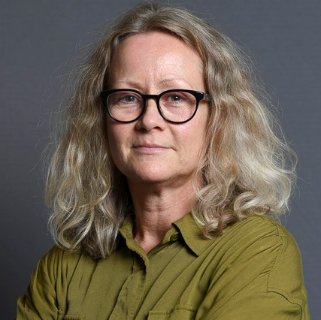 My research expertise is diatom stratigraphy mainly focused on the paleoecology/paleoceanography of the Baltic Sea. I teach Earth Science in the program Environment and Development

My expertise is in diatom stratigraphy mainly focused on the paleoecology/paleoceanography of the Baltic Sea, but also include study of lake sediments from the Baltic Sea catchment area and the Kamchatka peninsula, Russia. The emphasis of my research has been on Holocene climate and environmental history of the Baltic Sea with the overall aim to separate natural environmental changes the last 11 700 years (e.g. climate resulting in changes in salinity and stratification of the sea, and shoreline displacement) from changes caused by anthropogenic impact (e.g. increased discharge of nutrients and global warming).

The method I use is paleoecology using fossil diatoms preserved in lake or sea sediments to identify natural or human induced changes in the environment such as climate, nutrients, salinity and sea level. I have been involved in developing transfer functions to quantify and reconstruct background nutrient conditions in the Baltic Sea coastal zone to enable the implementation of EU's Water Framework Directive.

The aim of the research project UPPBASER

External link. (Understanding Past and Present Baltic Sea Ecosystem Response - background for a sustainable future) is to investigate and date early human impact on Baltic Sea coastal waters (Stockholm southern archipelago and Bråviken) the last ca. 2000 years to separate the natural variations in climate from changed land-use causing eutrophication and bottom water hypoxia. The human impact is studied by using diatom- and geochemistry stratigraphy (elemental and stable isotopes of carbon and nitrogen) on thoroughly dated piston cores. We also aim to investigate the interactions between the coast and open Baltic Sea to study if there is a synchronicity in registered environmental changes.

This project is multidisciplinary and will nicely integrate research disciplines and methods from both natural science and humanities as it is a collaboration between maritime archaeologist, marine geologist, paleoecologist and archaeologist. The aim is to disentangle the long-term (from Neolithic, some 6000 years ago) role of human impact (through the periods of expansion, deforestation, erosion versus the periods of recession, reforestation) and natural driven processes (e.g. earlier climate change and isostatic uplift) to determine the mutual significance of the multiple stressors resulting in events of eutrophication and hypoxia in the Baltic Sea. We have chosen a timeframe, from Neolithic to present, covering the period when truly transformative deforestation took place during Late Bronze Age, action that likely created erosion and nutrient leakage to lakes, streams and finally Baltic Sea coastal zone. Selected area for the case study is Gamlebyviken at the Swedish East coast, a rural coastal area exceptionally rich regarding prehistoric remains where a clear connection between land-use and Baltic environmental status in the coastal zone can be expected. The SEASIDE-project divides into a terrestrial and a marine part. The terrestrial part includes studies of lake sediments for reconstruction of land-use changes (pollen, charcoal), shoreline displacement (dating of isolated lakes using diatom stratigraphy), archaeological mapping and excavations. The marine part includes mapping of the seafloor with multibeam echo sounding and sub bottom profiling and reconstructions of environmental change using mainly diatom stratigraphy. The sea floor mapping will be used in combination with dated reflectors to model the appearance of the seafloor at different time periods.

The paleoenvironment of the Baltic Sea

External link. drilled several sites in the Baltic Sea in 2013 in which I participated as diatom specialist. My research focuses on the role of long-term climate-driven processes affecting the Baltic ecosystem (changes in temperature, stratification, salinity, primary production and oxygenation) and how these are recorded in the sediment archives. Detailed diatom analyses are carried out on unique sediment records from the deepest part of the Baltic Basin, the Landsort trench, and the Bornholm Basin, within the research project Late Pleistocene and Holocene forcing on the Baltic Sea

External link.. We have further been using the IODP material from site M0063, Landsort Deep, for a pilot study trying to resurrect resting spores of the diatom genus Chaetoceros from millennia old sediment samples. We aimed at study genetic changes in sediment revived diatom populations subjected to human-induced and environmental stress across evolutionary time. This pilot study evolved into the recently founded project REVIVE: Genomic signatures of anthropogenic stress on revived diatoms from natural archives

External link.. This project will disentangle how human- and climate-driven processes serve as drivers for adaptive responses and evolutionary changes over thousands of years in the marine diatom Chaetoceros in the Baltic Sea. The aim of REVIVE is to reconstruct ~7000 years of diatom evolution in relation to changes of their environment which will help to predict the ecological and evolutionary trajectories of marine biodiversity in the Baltic Sea.

I participated in the Swedish polar expedition Beringia 2005 to the peninsula of Kamchatka in eastern Russia organized by the Swedish Polar Research Secretariat. The peninsula was prohibited military territory until the collapse of the Soviet Union in early 1990's and has a sparse population of about 400,000 contributing to the preservation of a relatively unexplored and pristine terrain. The project aims to use lake sediments and peat sequences to interpret climate and environmental development of Kamchatka in the last 10,000 years. The sampled material has been analysed for diatoms, pollen, chironomids, stable isotopes, volcanic tephras and testate amoebaes, in close collaboration with researchers from Lund University, Queen's University of Belfast, University College London, Natural History Museum in London and Alfred Wegener Institute in Germany.