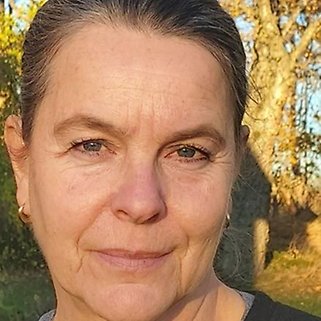 Ulla Manns, Professor of Gender Studies at School of Culture and Learning. Associate professor in the History of Ideas. Specialized in gender and feminist history, memory studies and historiography. Also, with a great interest in methodology and HEI’s as institutions of knowledge production. As professor of Gender Studies, I mainly research and supervise PhD students and MA students. Former deputy vice-chancellor for research (2017-2022).

Prior to joining Södertörn University in 2002, I was a senior lecturer at the Department of the History of Ideas, Stockholm University, where I also completed my Ph. D (1997). My main research interests fall in the broader area of knowledge, society and identity formation. In particular, I am interested in women’s, LGBTQI- and other political movements in Norden, historiography, memory cultures, university history, formations of feminist theory and critical history. Other areas of interests include methodology and pedagogy in higher education.

“Controversies in Nordic Gender Research through the lens of politics of belonging: Who counts, what counts” and “Nordic memory production and Swedish exceptionalism: the centennial of women’s suffrage in Sweden”. Both studies are performed within “Reimagining Norden in an Evolving World (ReNEW): An Excellence Hub in Research, Education and Public Outreach” (NordForsk 2018-2023), involving five Nordic Universities. The first study is analyzing controversies within Nordic Gender Research, concerning conceptualizations of gender in relation to intersectionality, queerness, Nordic coloniality and racism. The second study concerns national memory making in the Swedish Parliament during the jubilee on democracy 2018-2022. https://www.helsinki.fi/en/researchgroups/reimagining-norden-in-an-evolving-world

"The Cultural Memory of Nineteenth-Century Feminism: futurity, belonging and space" is the working title of a monograph under production. It originates from the research program "Time, Memory, Representation: A Multidisciplinary Program on Transformations in Historical Consciousness" (Riksbankens jubileumsfond 2010-2016) which included some twenty-five scholars. The project is mainly a historiographical study about memory production within the early western women’s movement but also addresses methodological concerns about the role of the historian in memory studies. Attention is paid to the production of historical knowledge about the feminist movement in the west, feminist memory cultures, collective identity processes and space within the movement. The project is taking its point of departure in Pierre Nora’s notion of lieux de mémoire but analyses the making of a "feminist Pantheon" from a critical historical, post-colonial and queer point of view. Politics of belonging within 19th century western feminism and constructions of the west and other regions, the importance of religion and moral conduct is focused. For articles within this project, see list of publications.

For even older research, please see list of publications.